'He was drenched in blood': Teens were reportedly attacked by Trump supporters spewing bigotry and slurs 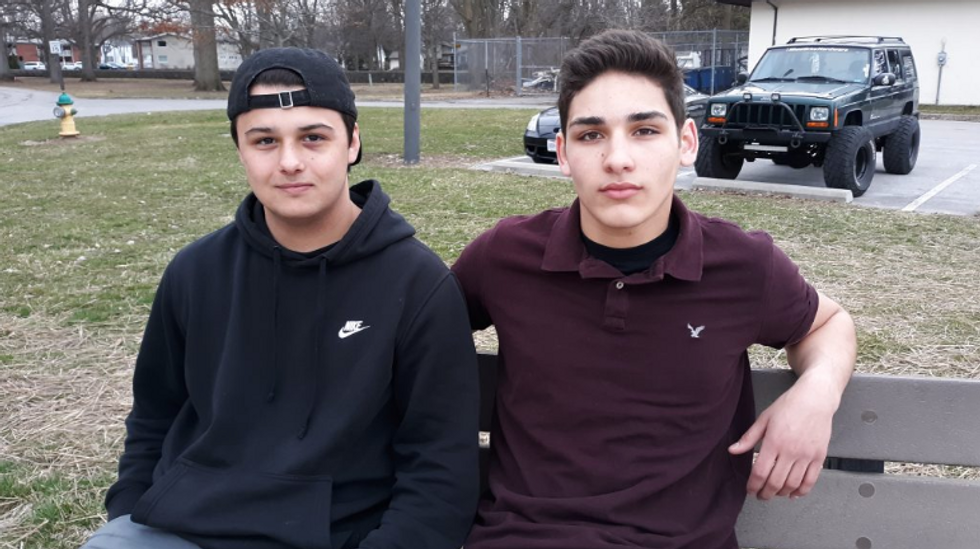 Two Ohio teenagers were attacked at a Waffle House in what police believe was a racially motivated attack, reports the Bloomington News.

Two men were arrested after yelling racist slurs and physically attacking two customers at the Waffle House restaurant on March 31. Bowling Green Police said the alleged assailants — Jacob Dick, 22, and Zachary Keller, 21 — have been charged with assault and ethnic intimidation.

“As soon as we walked into the Waffle House, they started saying ‘here come the s—-.’ And telling us how Trump was going to take care of us immigrants,” said Justin Hartford, one of the victims of the attack. He claims they uttered the N-word over and over.

“We weren’t saying anything to them. That’s the craziest thing,” Hartford claimed. “It was based on just the way we looked. That is so messed up – who cares what anybody looks like.”

Bloomington News confirmed that the attack went down as the teens described it by multiple witnesses.

Then the men started beating them, drawing blood. Zarrick Ramirez also got beat up by the two men and says that he “he was drenched in blood,” when the attack ended.

“I’ve never been hated on like that,” Ramirez added.

Both victims were treated at a Wood County hospital.