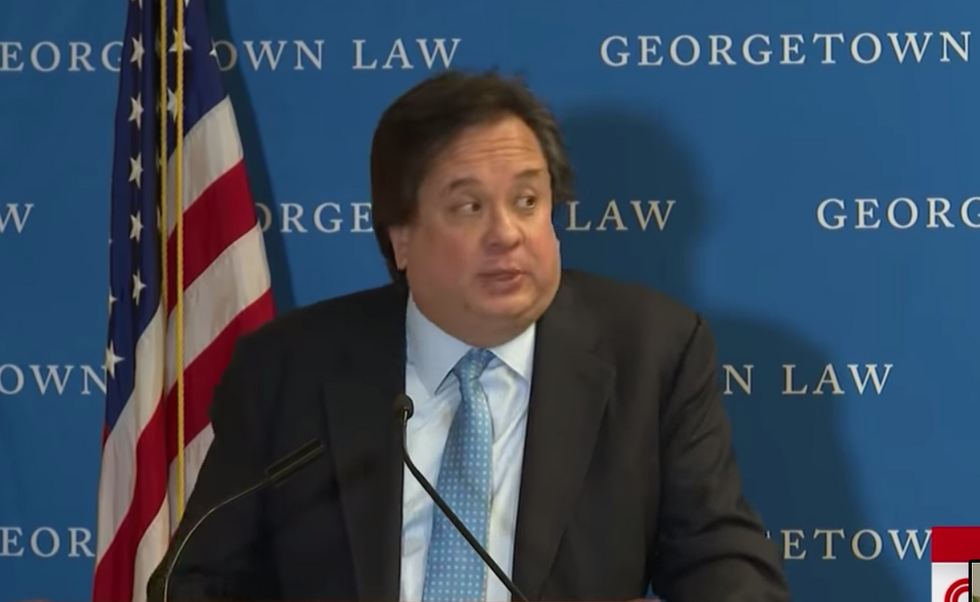 Although Washington, DC-based attorney George Conway and his wife, Kellyanne Fitzpatrick Conway, are both right-wing Republicans, they have radically different views where Donald Trump’s presidency is concerned. KC, a Trump adviser and long-time GOP strategist, is one of the president’s most ardent defenders, while GC is one of his most vehement critics on the right. And GC has been ramping up his anti-Trump attacks this week, even going so far as to invent a new hashtag: #DerangedDonald.

Trump, after accepting an invitation from the Queen of England this week for an official U.K. state visit, revived his accusations of British spying on him—which GC considers ridiculous. And the 55-year-old attorney, in response, complained on Twitter that the spying accusations were being underreported “because it gets lost beneath all of the other deranged things Deranged Donald does.”

GC used the Deranged Donald insult in other tweets as well on Thursday, brutally mocking Trump for his aversion to reading. “Deranged Donald,” GC scoffed, avoids books “unless they have lots of pictures and tell him how great he is.”

In response to a Wednesday Trump tweet in which the president reiterated his claim that Special Counsel Robert Mueller’s final report for the Russia investigation was a total vindication of him, GC complained that Trump had “little understanding” of the Constitution. And in other tweets, GC wrote that “#DerangedDonald” suffered from a “narcissistic personality disorder” and an “antisocial personality disorder.”