Game of Thrones recap: Don’t send a king to do an assassin’s job 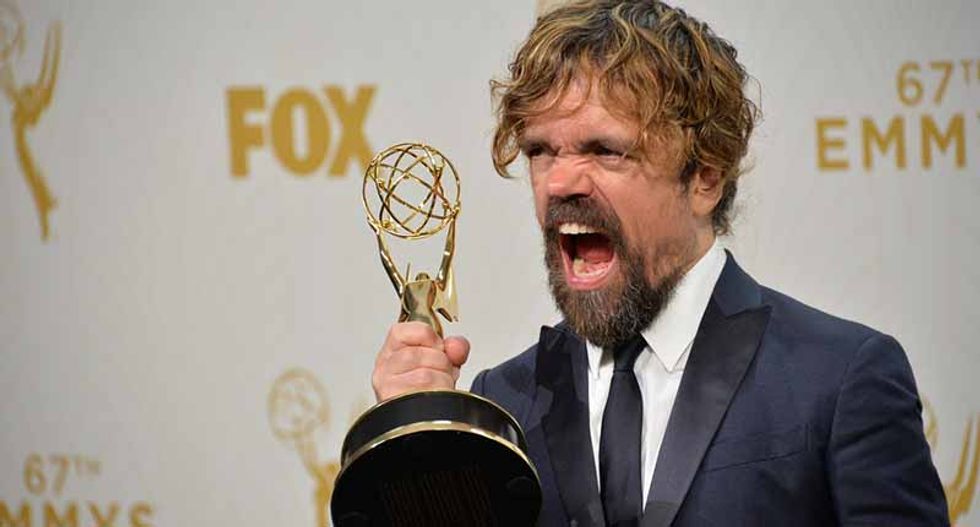 The opening shot of “The Long Night,” episode three of the final “Game of Thrones” season — which we know will bring the fight between the dead and the living, foretold in that very first episode, to Winterfell — is a close-up of a pair of shaking hands. Samwell Tarly (John Bradley) is not a warrior — he knows this, we know this — but the scholar and former Night’s Watchman has refused to hide in the crypts with the women and children, so into his trembling hands a pair of dragonglass daggers go. The dead are coming, and if they’re lucky the ensuing battle will make heroes of a few, along with the expected martyrs. A good deal more will be slain on the field, where the best they can hope for then is to stay dead where they fall.(Melanie McFarland, Salon’s TV critic and your regular guide to “Game of Thrones” episodes, is off this weekend, so you’re stuck with me, a person who dreads long battle scenes so much she signed up to recap one of the most important in TV history to date. Just picture me in Night King “bring it” stance.)Even the battleworn among them are terrified, with good reason. If you want to make the Lord of Light LOL, make plans. Tyrion Lannister (Peter Dinklage) skulks off to the crypts, wine sack in hand, to wait it out with Varys (Conleth Hill) and the women and kids. Bran (Isaac Hempstead Wright) is wheeled to his rendezvous with death, the blood-red leaves of the godswood rising menacingly above the ramparts, where Theon (Alfie Allen) and a handful of extras will guard him until the Night King comes to finish old business.

Lady Lyanna Mormont (Bella Ramsey) rallies her troops. Ser Davos (Liam Cunningham) paces the walls of the castle as Arya (Maisie Williams) and Sansa (Sophie Turner) Stark watch the army of the living assemble on the field, while Daenerys (Emilia Clarke) and Jon (Kit Harington) wait in the wings. There are Sers Brienne (Gwendoline Christie) and Jaime (Nikolaj Coster-Waldau) in the vanguard; Tormund Giantsbane (Kristofer Hivju), Beric Dondarrion (Richard Dormer), Gendry (Joe Dempsie) and The Hound (Rory McCann) standing shoulder to shoulder. Samwell runs up to join Dolorous Edd (Ben Crompton); Ghost flanks Ser Jorah (Iain Glen) on horseback. Grey Worm leads his Unsullied. There are so many characters to care about in this episode, this positioning reminds us, and so many possible ways for each to die.

All is quiet, save the shuffling of the horses. We know what the night is, and what it is full of.

When sorceress Melisandre (Carice van Houten) rides up with her magic hands, we know the Lord of Light — whatever his stake in this fight ends up being — will play some role in what’s to come. She charms the Dothraki arakhs and they blaze up, and the horde is the first line to charge.

From here it’s more than a solid hour of fighting between the living and the dead, some stretches more relentless than others, but punctuated with highly satisfying moments. Epic flying dragon fight with the Night King, plus a whole lot of Dany telling Drogon to light up the battlefield? Check. Yes, zombie Viserion breathes ice-fire, because “Game of Thrones” loves its symmetry. And no, dragon fire can’t kill the Night King, because that would be too easy.

Wights forming a wight-bridge to breach the blazing trenches, then a wight-pile to scramble up over the Winterfell walls? Arya Stark decapitating wights like a machine with that badass weapon Gendry made her? Dolorous Edd biting it in battle, because who can believe he lived this long in the first place? Check, check and check.

Little Lady Mormont going out in a blaze of zombie-giant killing glory? Pour one out for the tiniest of heroes taking out the biggest of the enemy. Look, the metaphors aren’t really complicated on this show.

As a battle hater, I have to hand it to this episode — on top of truly epic dragon dogfights and some perfect shots of Brienne bellowing at zombies, there are enough breaks in the melee to allow genuine suspense to build. When Arya stumbles through the castle halls and chambers, trying to regroup after a bash to the head, the show shifts into horror mode, wielding silence as skillfully as the din of the battle outside. She’s rescued from a wight horde by the Hound and Beric, who suffers  one blow the Lord of Light decides not to heal. But the LOL does deliver them Melisandre one last time, and two women who know something about death and magic take stock of one another: Time to go see a guy about a prophecy, Arya decides.

Below ground in the crypts, where Sansa has been sent packing, dragonglass in hand and Arya’s favorite bit of fighting advice in her ears — “stick ’em with the pointy end” — Tyrion drinks and pretends to know things while Varys and Sansa shut him down. “Witty remarks won’t make a difference,” Sansa sasses, but she soothes the burn by telling him, quite tenderly, that he was the best of all her husbands. “What a terrifying thought,” Tyrion allows. How safe are they really, locked in the crypts, surrounded by dead bodies? we wonder while they banter. Can’t the Night King just wake the corpses with one flick of an icy wrist and let the humans be devoured by their own history? Like I said about the metaphors.

The episode takes its sweet time to show the Night King can raise the any dead nearby, including the humans from where they fell in battle, waiting until all three riders — he, Jon and Dany — are off their dragons and have to foot it to the godswood through a horde of raging wights. The soldiers defending Winterfell have to fight a whole second round of the undead, this time composed of their own soldiers because Westeros makes you earn your survivor’s guilt the hard way.

Despite the harrowing, hour-plus long battle, many of those who were expected to fall remain standing at the end, including everyone in the crypt whose names we knew going in. And yet, valar morghulis: Theon completes his redemption arc admirably, and runs head-on into death’s arms when his job is finished, like the hero he wanted to be. Jorah swoops in to defend Dany from the battlefield wights, and sacrifices himself for his Queen. That these are somewhat expected deaths doesn’t make them less poignant (see Lady Mormont above). The shot of Drogon shielding Dany with his giant wings as she wails over her protector’s body is the most moving of the episode, the child comforting his mother as she mourns.

So, to recap: nothing about the grand plan went accordingly except for Bran being annoyingly right about everything, down to baiting the Night King to a final showdown and having had the literal foresight to give the weapon of choice to the sibling who would deal the deathblow on the exact spot it would happen. So much for the dragons and their riders saving the day; guess we can name Arya the actual Princess That Was Promised after she leaped out of nowhere to shank the Night King with that Valyrian steel dagger. So before they all march south to take out Cersei at King’s Landing, with the Iron Fleet and the Golden Company at her side, they might want to practice asking Bran the Magic 8-Ball some more specific questions — what is meant to be, and when, and by whom, that sort of thing. Because Jon Snow, alas, still knows nothing. What do we say to the god of death? Don’t send a king to do an assassin’s job.