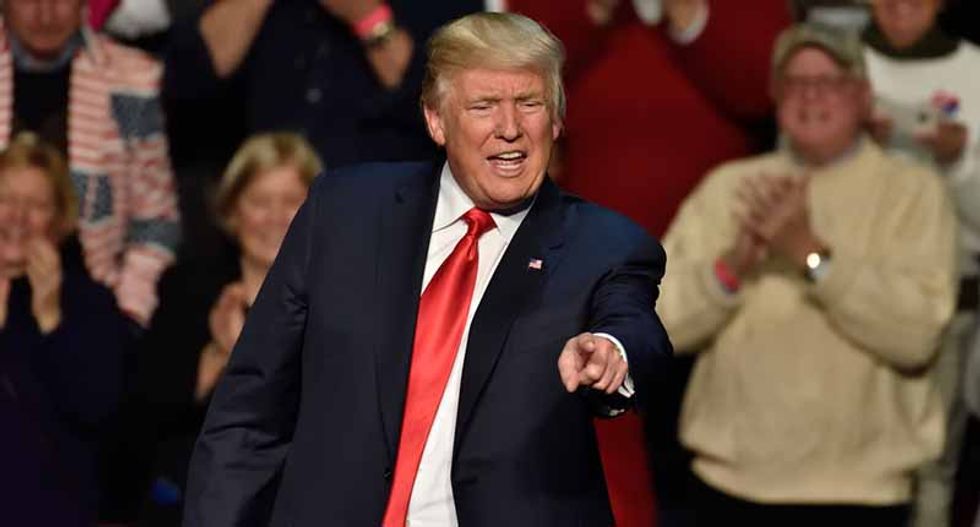 Many reporters and pundits at Fox News haven’t been shy about jumping through hoops to defend President Donald Trump even when he is at his worst. Nonetheless, there are times when Fox News employees show some integrity, and a new report from the Daily Beast indicates that Jon Decker is one of them. Maxwell Tani and Andrew Kirell of the Daily Beast are reporting that Decker (a White House correspondent for Fox News Radio) called out two of his colleagues on Thursday for sounding “like a white supremacist chat room.”

This week, former Vice President Joe Biden officially announced that he was running in the 2020 Democratic presidential primary and released a campaign video that, among other things, criticized Trump for his response to the Unite the Right rally in Charlottesville, Virginia in 2017 and his assertion there were “good people on both sides.” According to Tani and Kirell, Doug McKelway (a general assignment reporter at Fox News) set out to discredit Biden’s video and defend Trump.

Tani and Kirell, based on reviews of “internal e-mails,” found that McKelway sent an e-mail to “dozens of network employees” and hoped to “fact-check Biden.” McKelway, according to Tani and Kirell, opened his e-mail with a Winston Churchill quote: “A lie gets halfway around the world before the truth has a chance to get its pants on.” And McKelway highlighted a quote from his own interview with Brian Lambert, who was an armed attendee of the Unite the Right rally.

Moments later, according to Tani and Kirell, Cody Derespina (a digital senior editor at Fox News) responded to McKelway’s e-mail, agreed with him and added “a snippet of a Fox News interview with Jarrod Kuhn, a Charlottesville marcher who claimed he was not a white supremacist, but simply there to protest the removal of a statue of Confederate General Robert E. Lee.”

Seeing the e-mails from McKelway and Derespina, Decker jumped into the e-mail conservation and wrote, “I really don’t understand the point you are making. Jarrod Kuhn was one of those individuals in Charlottesville holding a tiki torch while the mob chanted, ‘Jews will not replace us.’”

An hour later, McKelway acknowledged that Lambert “revealed himself to be not the squeaky clean 1st Amendment supporter he claimed to be on live TV.” And Decker responded, “So much for your Winston Churchill quote”—adding that “invoking Churchill to what happened in Charlottesville” was “rather offensive.” And Decker, according to Tani and Kirell, went on to write, “Based upon the slew of e-mails that I’ve received today, both of you should send an apology to your Fox News colleagues—many of whom are hurt and infuriated by your respective posts. Your posts read like something you’d read (in) a white supremacist chat room.”