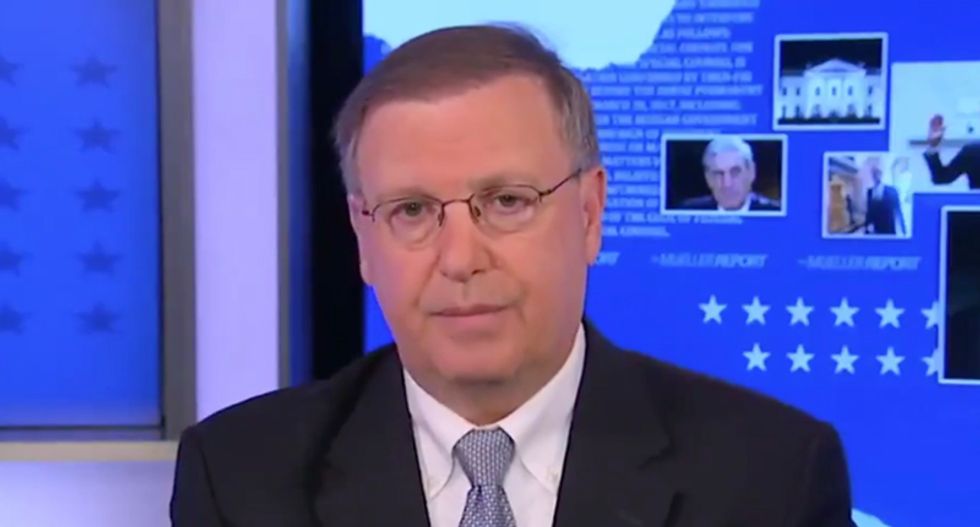 Earlier this week, Robert Mueller’s final report for the Russia investigation—which Attorney General William Barr publicly released in redacted form on Thursday, April 18—was the subject of a panel discussion hosted by legal analyst Benjamin Wittes at the Brookings Institution in Washington, D.C. The legal experts who were featured included Susan Hennessey, Margaret Taylor and former Acting Drug Enforcement Administration Director Chuck Rosenberg, who asserted that were it not for the policy against indicting a sitting president, he would have brought obstruction of justice charges against President Donald Trump.

Rosenberg, now 58, spent many years as a federal prosecutor for the U.S. Department of Justice (DOJ), investigating everything from child pornography to mortgage fraud. During the April 23 panel discussion, the legal experts discussed Mueller’s lengthy investigation as well as the findings in his final report.

Rosenberg told the panel, “I don’t want it to be lost that this is a counterintelligence concern…. and the fact that it’s Russia just exacerbates that.”

Wittes asked Rosenberg to evaluate Trump’s conduct during the Russia investigation—based on Mueller’s findings—and Rosenberg responded, “This is closer to ‘Oh, my God’ than a case you would walk away from….. This is a very compelling set of facts for an obstruction of justice case.”

Rosenberg, who noted that he worked for Mueller at the FBI in the past, went on to say, “This is a series of obstructive conduct designed to thwart a single underlying investigation in which we now know, in black and white, Donald Trump was a subject of.”

Wittes posed a hypothetical for Rosenberg: if he were still a federal prosecutor for the DOJ, would he—“leaving aside” any “can’t-indict-the-president considerations”—indict Trump for obstruction of justice based on the information in Mueller’s final report? And Rosenberg responded, “Yes.”

The April 23 discussion was recorded for the Lawfare Podcast and posted on the LawfareBlog website.