Former Acting Attorney General Sally Yates on Trump: 'I have personally prosecuted obstruction cases on far less evidence than this’ 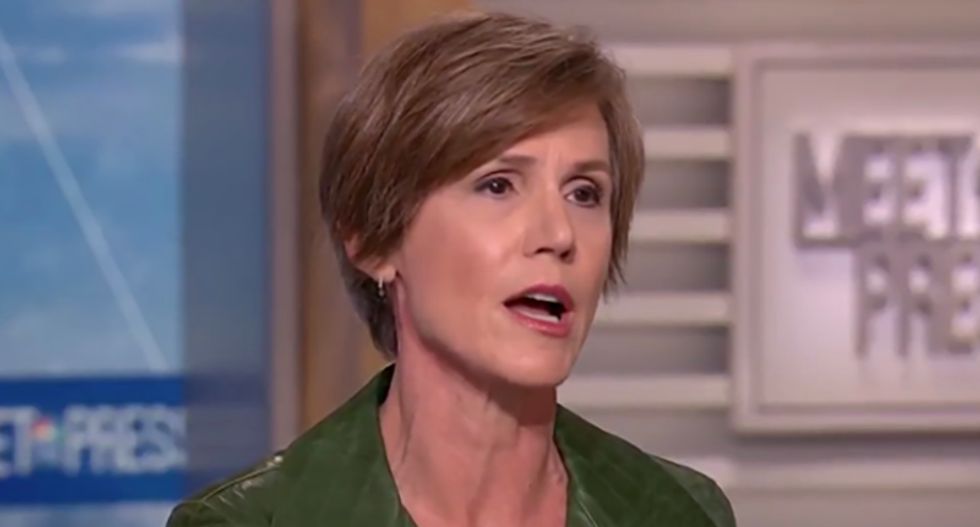 Former Acting Attorney General Sally Yates, who herself was interviewed by investigators during special counsel Robert Mueller’s Russia investigation, on Sunday said she believes Donald Trump would have been indicted on obstruction charges “were he not the president of the United States.”

Yates spoke with NBC’s Andrea Mitchell on “Meet the Press” about the impact of Mueller’s report and whether prosecutors would have taken further steps toward charging Trump save for the Office of Legal Counsel’s prohibition against indicting a president.

“I’ve been a prosecutor for nearly 30 years, and I can tell you I’ve personally prosecuted obstruction cases on far, far less evidence than this,” Yates explained. “And yes, I believe if he were not the president of the United States, he would likely be indicted on obstruction.”

Yates notes that in his report, Mueller laid out 10 instances where Trump worked to obstruct justice, adding the special counsel “did a very fair job in going through all 10 instances and laying out both the facts that established that he had committed the crime of obstruction, but also the defenses: both legal and factual.”

“But there are several incidents that he described to which special counsel Mueller really couldn’t point to any significant factual or legal defenses,” Yates added, specifically referencing the president’s attempts to fire the special counsel and his efforts to get former White House counsel Don McGahn to lie about those requests.

“The bigger issues is not just whether or not this establishes a crime …” Yates said. “But is this the kind of conduct that we should expect from the president of the United States?