Federal judge slaps down Trump's giveaway to the coal industry 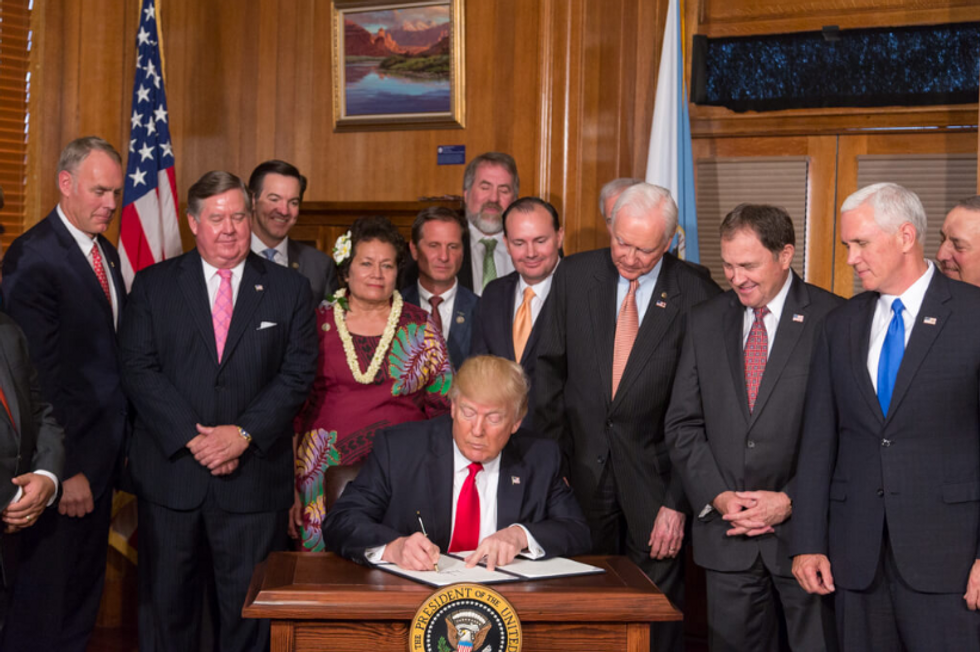 Thank God for Team Trump's hard-right incompetence, because it's difficult to imagine how much damage they could do if they weren't stumblebums. A federal judge has ruled that ex-Interior Secretary Ryan Zinke's order to lift a moratorium on coal leases on public lands needs to go through the environmental review process required by longstanding federal law, even if Zinke and his replacement(s) really, really didn't feel like bothering with it.

"Because the court found that the decision to lift the moratorium on federal coal leasing was unlawful, we will be asking the court to reinstate the moratorium unless and until the government can justify a decision to continue leasing federal coal in light of the science regarding climate change and other devastating impacts," Jenny Harbine, Earthjustice's lead attorney in the case, told E&E News.

This keeps happening. Trump's hard-right toadies take steps to reverse prior federal regulations and policies; aforementioned new-to-government or ex-lobbyist or hard-right-think-tank toadies don't bother with the various legal requirements for doing so; lawsuits follow; court says no; toadies only then try to cobble together a legal version of what they tried to do by fiat the first time around. If nothing else we can at least be thankful the conservative contempt for basic governmental competence is slowing much of their own agenda to a crawl.

In this case, the court ruled, Zinke's actions violate the 1970 National Environmental Policy Act. That law requires federal agencies evaluate the environmental impact of their regulatory actions. Judge Brian Morris didn't specify how that required environmental review should happen, leaving it to the administration to decide—but with a warning that if they chose to forgo a full environmental impact statement, he would expect a "convincing" statement explaining why.

That said, Zinke’s lifting of the coal moratorium isn't dead. It now goes back to the administration for the legally required review. Once they've done that, and presuming they task some ex-lobbyist somewhere with stitching something together which claims that coal mining on federal lands won't have dangerous environmental impacts because Oil Company Magic, the fight will continue. As usual. Again.