Centrist Dems are trying to block a universal $15 minimum wage 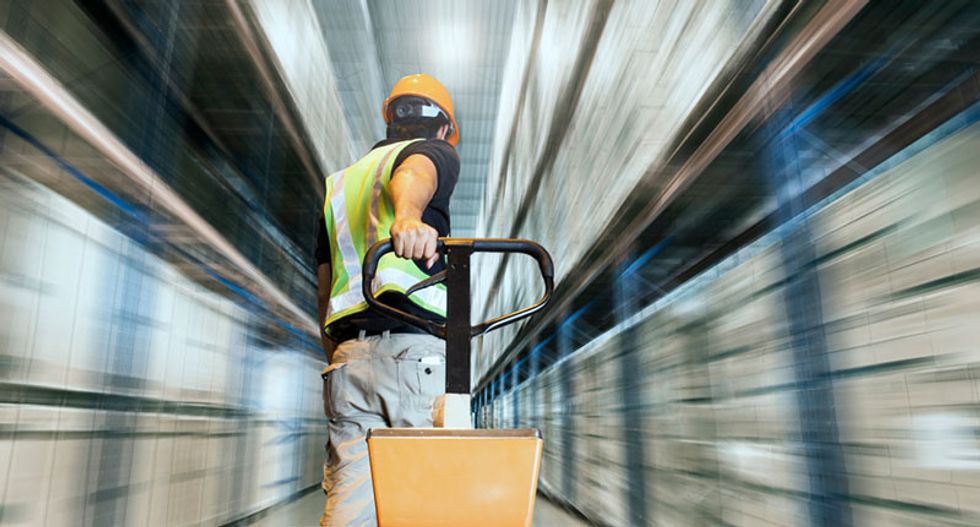 A House bill to raise the federal minimum wage to $15 an hour from $7.25 by 2024 passed a key committee vote in March. The move, as NPR.org reported at the time, “is a sign of broader political momentum for the minimum wage issue,” one that is supported by multiple Democratic presidential candidates, including Sens. Elizabeth Warren, D-Mass., Cory Booker, D-N.J., Kamala Harris, D-Calif., and Bernie Sanders, I-Vt.

As the bill heads to a potential floor vote, however, over a dozen centrist Democrats are pushing a new plan, which would permit lower hourly wages in regional areas, with a longer lead time. The competing visions for the minimum wage, Sarah Ferris writes in Politico, are “threatening to broaden the rift between the party’s progressive and moderate members.”

Democratic opponents to $15, led by Rep. Terri Sewell of Alabama, introduced the Paying Hourly Americans Stronger Earnings (PHASE)-in $15 Wage Act, which would create a “regional” minimum wage, which would allow smaller cities and rural areas to base any minimum wage increases on the local cost of living instead of a $15 national floor. The bill, according to a statement from Sewell’s office, would group census-designated Metropolitan Statistical Areas into five tiers, using Regional Price Parities (RPP) data that would determine the minimum wage for the regions’ cost of living.

Supporters of the bill include Lucy McBath of Georgia and Dean Phillips of Minnesota. Phillips is a small-business owner who, despite paying his own employees at least $15 an hour, says it’s not a “one-size-fits-all wage.”

An aide to a House member who supports the regional bill told Ferris that “more than doubling the wage over five years is going to result in lost jobs,” and “A lot of people would prefer to have a $10 wage than no job.”

Opponents of the (PHASE)-in $15 Wage Act argue that the bill betrays the same promises made during the 2018 midterm elections that helped Democrats win a majority in the House. “We want to pass a full $15 minimum wage bill. Not a regional bill. We’re very clear about that,” Rep. Pramila Jayapal told Politico, adding, “Being in Congress means leading, and we need to lead on minimum wage.”

House Education and Labor Committee Chairman Bobby Scott, D-Va., author of the $15 minimum wage bill that passed the committee, also objected to the idea of a regional bill, telling Politico, “We don’t have differentiated payments for Social Security.”

According to a statement from the Economic Policy Institute, a progressive research organization, the bill “would do little more than lock in low wages for millions of workers in parts of the country where large national employers pay as little as they can get away with.”

Members of the Congressional Progressive Caucus are, as Ferris writes, “prepared to wield the power of the 96-member caucus to ensure their full $15-an-hour proposal reaches the floor.”

At least one poll suggests they have public opinion on their side. A January survey from The Hill-HarrisX showed 55% of registered voters support a $15 an hour minimum wage. Even 70% of the Republicans surveyed said the minimum wage should be higher than the current level of $7.25, though just 36% agreed it should go up to $15.

Neither Scott’s nor Sewell’s bills are currently scheduled for a floor vote.