Canadian group has a powerful new use for MAGA hats 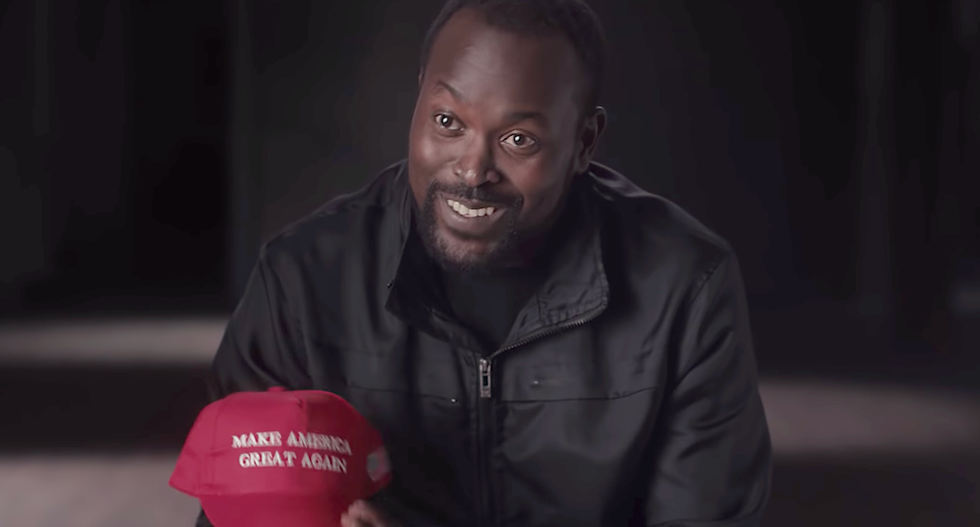 Red MAGA (Make America Great Again) hats have been a polarizing symbol of Donald Trump’s 2016 campaign and presidency. In Canada, a group called the Peace Collective is using the imagery of red MAGA hats in a new video — although the message it conveys on immigration is radically different from Trump’s.

The #UnravelHate video, which is close to three minutes long, is emphatically pro-immigrant and features clips of immigrants who have moved to Canada from different parts of the world. One of them is a Syrian refugee name Aorwa, who moved to Canada to escape the chaos in his native country. Similarly, a Palestinian immigrant name Sara explains in the video that she comes from a “war-torn country.”

Another refugee, Oscar, notes in the video that although the U.S. was a “logical” place to move to from his native El Salvador, he considered the United States’ current political climate inhospitable—which is why he ended up choosing Canada instead. Similarly, a Ugandan immigrant named Victor holds up a MAGA hat and cites it as a symbol of anti-immigrant attitudes in the United States. And Cori, a U.S. native now living in Canada, complains that MAGA hats represent “anger and fear and hatred.”

In place of MAGA hats, the Peace Collective proposes a red knit cap that reads “Welcome to Canada”—and shows immigrants from Uganda, El Salvador and elsewhere trying them on. Cori says that in contrast to MAGA hats, the “Welcome to Canada” hats symbolize “acceptance and peace and hope.” And Oscar comments that he is happy to be making Canada his new home—even during the winter.