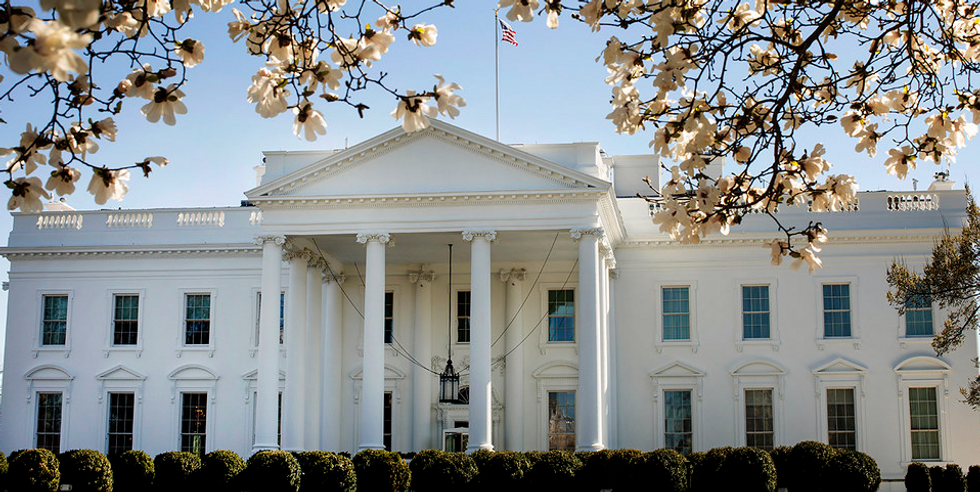 A man is undergoing treatment at a hospital for his injuries he sustained after lighting himself on fire in front of the White House, the Secret Service has confirmed.

The man, still unidentified, reportedly set fire to his jacket while on Pennsylvania Avenue, along the White House fence. Officials said he was in an "electronic wheelchair-type scooter."

It added: "The male subject has been transported to a local hospital with what appears to be non-life threatening injuries."

"Someone apparently set himself on fire in front of the White House just now," reported the New York Times's Nicolas Kristof, who was there at the time of the incident. "I was coming out of the West Wing, and the [Secret] Service isn’t letting anyone out onto Pennsylvania Ave. They say there are also suspicious packages."

Though Kristof said there were suspicious packages at the scene, the Secret Service did not mention any in its statement.

The whole area in front of the White House is now secured. Nobody coming in, and we aren’t allowed out. https://t.co/NPMZD4jDeT
— Nicholas Kristof (@Nicholas Kristof) 1555095826.0

"Secret service spokeswoman tells me a man set his jacket on fire in front of the White House. He is being treated for injuries. No threat to the President," said CNN's Jeremy Diamond. "The fire set off a good amount of smoke that was visible from the White House North Lawn. Officers quickly scrambled to clear pedestrians from Pennsylvania Ave, running & shouting at people to clear the area."

Helicopters are circling overhead but per USSS there is "no threat to the president" and first aid is being rendered to the man.
— Abby D. Phillip (@Abby D. Phillip) 1555096415.0