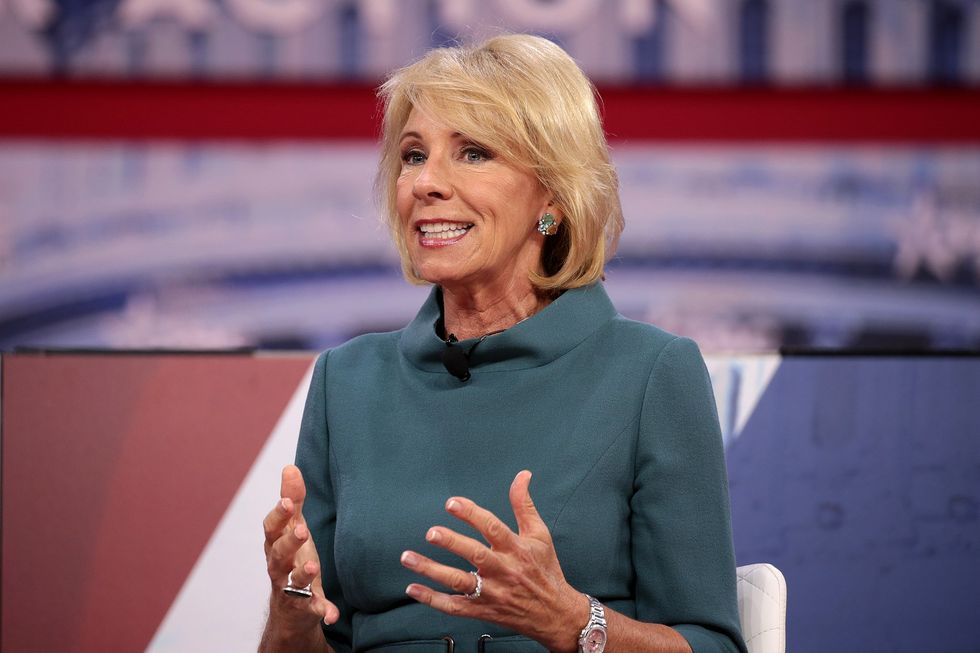 "This is a blatant violation of the First Amendment," Public Citizen president Robert Weissman wrote in an email to supporters. "Users attempting to access Public Citizen's website though the department's guest wireless networks receive a message that access is 'in violation of your internet usage policy.' We requested the department's policy for blocking access to internet sites, but it hasn't responded to our request."

"What we do know," Weissman continued, "is that our website contains lots of information critical of DeVos and the department."

BREAKING: We just sued the Department of Education for blocking our website on their networks — a blatant violation… https://t.co/JFkijcS88I
— Public Citizen (@Public Citizen)1554838717.0

Public Citizen filed its complaint (pdf) in the U.S. District Court for the District of Columbia on behalf of David Halperin, a Public Citizen board member who frequently attends meetings at the Department of Education and uses its Wi-Fi network.

The organization's filing alleges that the Department of Education is violating both the First Amendment and the Administrative Procedure Act by blocking access to its website.

Public Citizen is seeking "a court order declaring the department's and DeVos's action unlawful and enjoining them from blocking access" to its site.

"No way are we going to let them get away with suppressing our views," Weissman said.