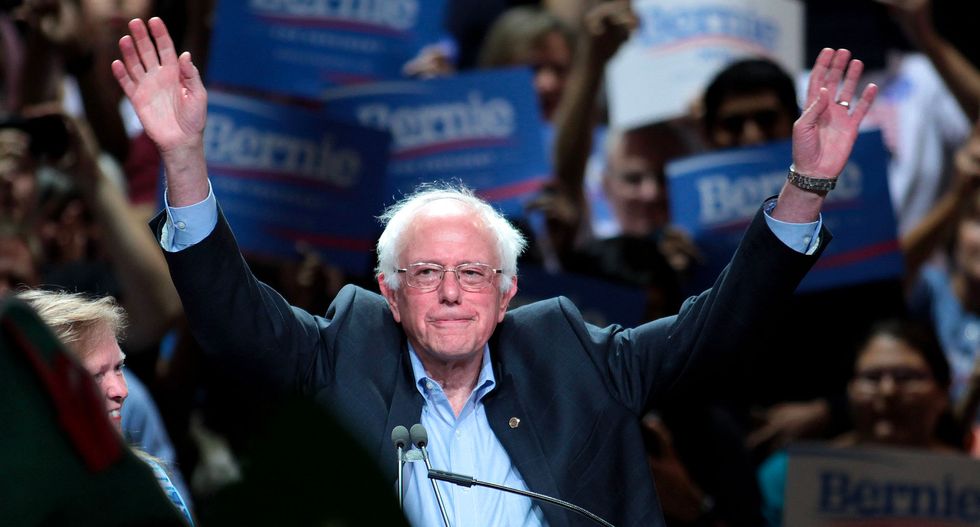 Sen. Bernie Sanders was the runner-up for the Democratic presidential nomination in 2016, and as the 2020 campaign season revs up, he is positioned as one of the field's frontrunners. But some reports suggest that many within the Democratic Party establishment fear a Sanders nomination and are working to defeat his primary campaign in favor of almost anyone else.

On Tuesday, a surprising voice came out against these efforts: Peter Daou.

Daou is best known for being, in his words, a "staunch" advocate of Hillary Clinton in 2016. In a new piece for The Nation, he described himself as "Bernie's biggest critic."

"I am calling on Democrats, progressives, and leftists to hit the pause button, to table our disagreements, no matter how intense, as we fight to preserve the rule of law and the last semblance of our democracy," he wrote. "We owe it to ourselves and our country."

As Trump's presidency continues, and the Mueller report exposes the details of its corruption, Daou argued that taking Sanders seriously is imperative:

It is everything we feared from a Trump presidency, and worse. And I see that Bernie Sanders is a strong frontrunner for the 2020 Democratic nomination. He leads Trump in several match-ups. He has millions of dedicated supporters. He is raising tens of millions of dollars from small donors. He is a seasoned campaigner with a presidential race under his belt.

He didn't endorse Sanders in the piece, noting that the field is wide and diverse. But he says that Democrats must leave the bitter party feuds of 2016 behind, and for him — a key figure in those feuds — that means accepting the Vermont independent and acknowledging "the considerable strengths Sanders brings to the 2020 election."

"In the heat of the 2016 primary, I was reluctant to give Sanders credit for moving the national debate to the left," he wrote. "But it is impossible to deny the important role he has played, and continues to play, in countering the far right’s extremist ideas."

Defeating Trump and the authoritarian right, he argued, is the most important goal of 2020, and Democrats cannot let their inner conflicts undermine that goal. That was Daou's argument for uniting behind Clinton in 2016, and that's his argument for being open to a Sanders nomination now.

"Bernie Sanders is not the only candidate who can defeat Trump, but he’s certainly one of them," wrote Daou. "And he should not be treated as the enemy."