Barack Obama: 'Leaders who feed fear typically are also ones who avoid facts' 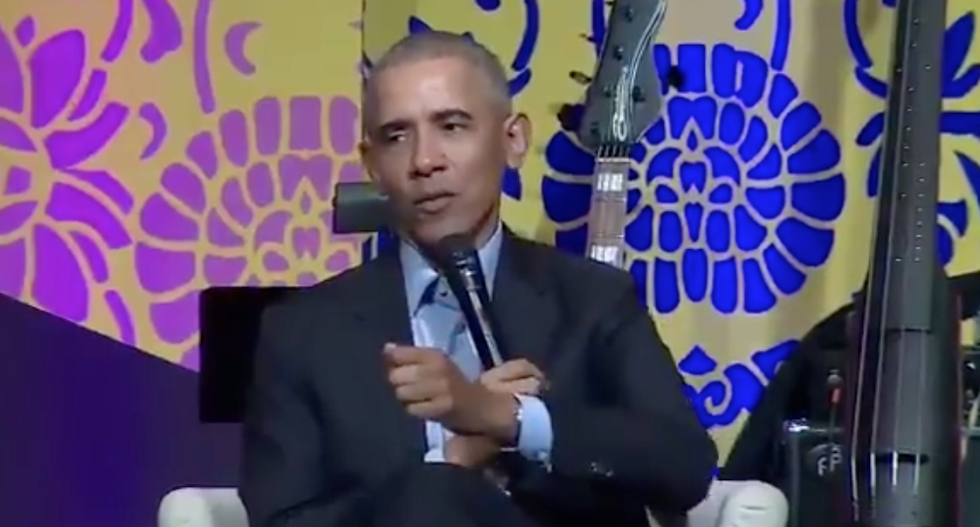 Former President Barack Obama explained the connection between hate, fear and uncertainty during a speech at the National Museum of African American History and Culture in Washington, D.C. on Saturday. Obama was a guest at a gathering in celebration of the birthday of the late South African President Nelson Mandela.

Obviously referring to President Donald Trump, who he has been highly critical of, Obama told the audience, “Leaders who feed fear typically are also ones who avoid facts.”

The former U.S. president observed, “There is always a struggle between hope and fear, between the world as it is and how we’d like it to be.” Obama explained that “during times of tumult and disruption—whether it’s technological, economic, information migration,” there is always “the danger of us resorting to fear to organize ourselves” and “falling back on tribe, race, ethnicity, sectarian lines.”

Obama added, “That’s been true in this country, the United States. You can actually track that when the economy’s doing better, typically our politics are less divided. It gets more divided when people are feeling insecure and anxious. It’s true in South Africa. It’s true everywhere.”