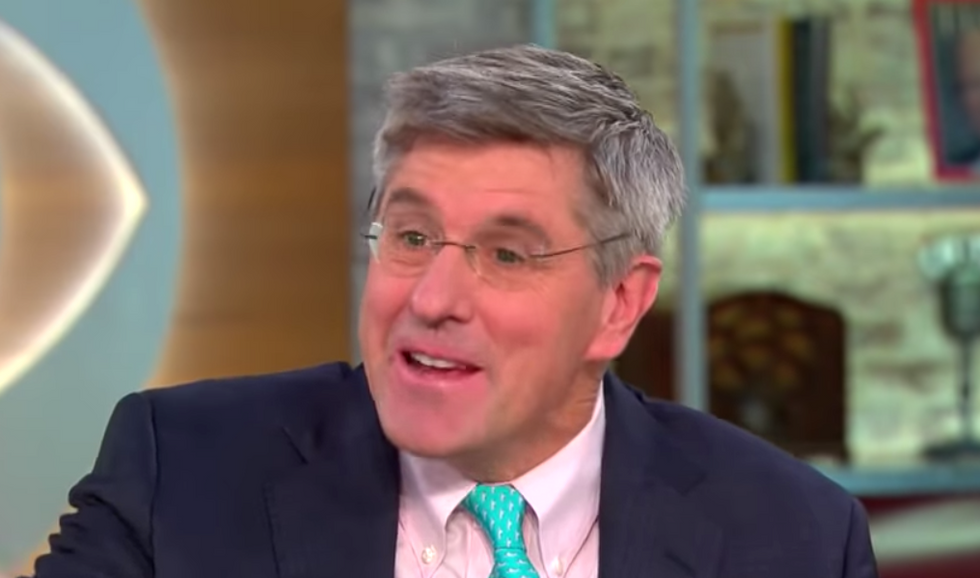 President Donald Trump hasn't even officially nominated Stephen Moore to the Federal Reserve yet, but his chances of actually getting nominated are falling by the day.

Politico reported that a Republican senator told the publication of the former CNN analyst: "I don’t imagine he can get the votes.”

And the Washington Post reported that at least one Republican, Sen. Joni Ernst (R-IA), has told the White House she was "very unlikely" to vote to approve Moore's nomination. If three other Republicans defect, and no Democrats vote for him, his nomination will be dead on arrival. The Post noted that three other female Republican senators have also shared their doubts about Moore. Sen. Tim Scott (R-SC), too, said on the record that Moore's chances were looking slim.

Even Sen. Lindsey Graham (R-SC) a fierce defender of the president, is doubtful.

“It’s going to be a problematic nomination," Graham said, according to Politico. "I actually like Stephen Moore but there’s some things out there that are going to make it hard."

Moore would be the second Trump nominee to fail in a row because of critical Republicans. Trump likewise tried to push Herman Cain, the former Godfather's Pizza CEO and presidential candidate, on to the Fed, until Senate GOP made clear his prospects were dim. Like Moore, Cain was never actually formally nominated, but the White House announced the pick without going through the official process.

Moore is facing pushback over sexist and misogynistic comments he has previously made. He said women shouldn't be reffing sports, criticized female athletes, and warned of social woes if men aren't their families' breadwinners. He also has a history of financial issues, including unpaid taxes and alimony.

Cain's nomination was tanked in part because of a history of numerous accusations of making sexual harassment allegations against him.

These all seem like compelling reasons to reject Federal Reserve nominees, but what's troubling is that Cain and Moore's status as unrepentant partisan hacks with wacky beliefs about monetary policy seemed to have little influence on their proposed candidacies. The Federal Reserve is supposed to be an independent body, but Trump clearly gravitated toward Cain and Moore because he believed they'd be cronies working to pursue his agenda. And that's a troubling trend that Senate should make clear is unacceptable.