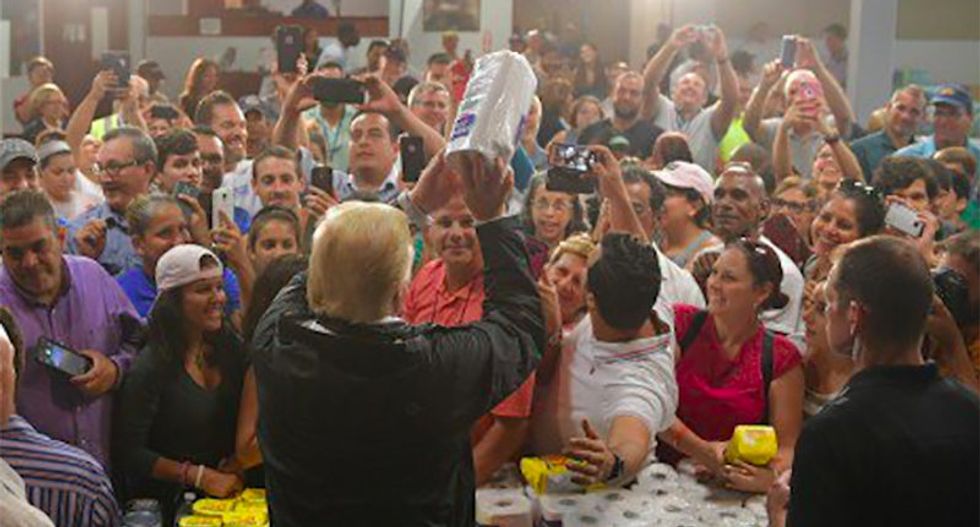 President Donald Trump has had very negative relations with the leadership of Puerto Rico: Gov. Ricardo Roselló and San Juan Mayor Carmen Yulín Cruz have been highly critical of his inadequate response to the Hurricane Maria disaster of 2017. Trump has complained that Puerto Ricans are “taking from the USA,” while White House Deputy Press Secretary Hogan Gidley referred to Puerto Rico as “that country” on April 1—and Trump’s critics, including Tallahassee Mayor Andrew Gillum, have been quick to remind Republicans that Puerto Rico is a territory of the United States.

Not only is Puerto Rico a U.S. territory, but also, residents of the island are U.S. citizens. And Gillum’s tweet has been receiving a lot of attention.

In response, Florida resident Jennifer Bohannon tweeted that “the people who make up Puerto Rico ARE Americans, and they are entitled to everything American citizens receive.” And @MarkDrawMark said of Puerto Rico, “Just because they may have rejected statehood, does not mean that they are not Americans. America claimed the territory from the Spanish. They are Americans.”

Twitter user @crowder used Gillum’s tweet to mock Republicans, sarcastically posting, “No way, dude. Fox told me that Puerto Rico is one of them Mexican countries.” And @PurpleGimp posted, “This is so painful. Next on Faux News, we’ll have Trump explaining to (Sean) Hannity that Puerto Rico is actually called Water Mexico and therefore, not part of the United States after all.”

Trumpista @Nationalist_KAG, however, responded negatively to Gillum’s tweet, repeating four times, “You are not the governor of Florida.” Gillum won the Democratic nomination in Florida’s 2018 gubernatorial race but narrowly lost the general election to far-right Republican Ron DeSantis, who is now Florida’s governor.