A very shaken and angry Donald Trump lashes out on Twitter 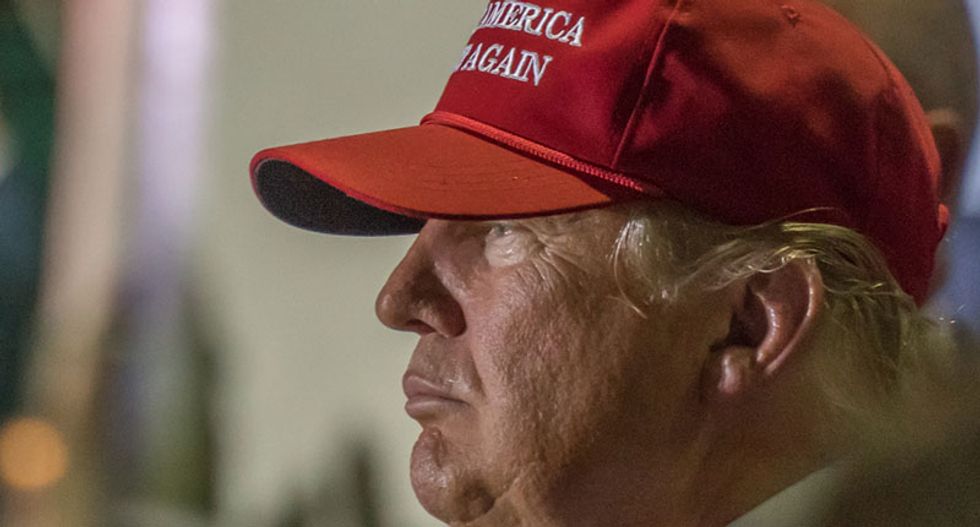 President Donald Trump is clearly shaken and angered by multiple developments over the past 48 hours.

The Democrats have formally requested six years of his tax returns, and are ready to formally subpoena the full Mueller report. And after nearly two years of work without a single leak Robert Mueller's team is making it known they are frustrated with Attorney General Barr's apparently misleading 4-page summary of the Special Counsel's investigation, and believe Trump is not as innocent as Barr suggests. Federal investigators have launched an investigation into how foreign governments may be using Mar-a-Lago to target Trump, which will likely uncover the pay-for-access nature of his golf club. And under Trump more than two dozen administration officials and others were granted security clearances despite being rejected by career civil servants – at the top of that list is Jared Kushner.

Once again the walls are creeping in.

President Donald Trump's mood seems to have taken a nose-dive.

Thursday morning he test-drove a new campaign slogan on Twitter:

According to polling, few people seem to care about the Russian Collusion Hoax, but some Democrats are fighting har… https://t.co/34gstJvWqk
— Donald J. Trump (@Donald J. Trump) 1554380574.0

What are the polls actually saying? Looks at these recent headlines:

"Most Americans don't think Trump is in the clear yet on Russia, new poll finds"

"Most Voters Still Believe Russia Has Compromising Information on Trump"

"This is the highest level of Presidential Harassment in the history of our Country!" he concluded.

There is nothing we can ever give to the Democrats that will make them happy. This is the highest level of Presiden… https://t.co/OfWBGuPQPk
— Donald J. Trump (@Donald J. Trump) 1554381987.0