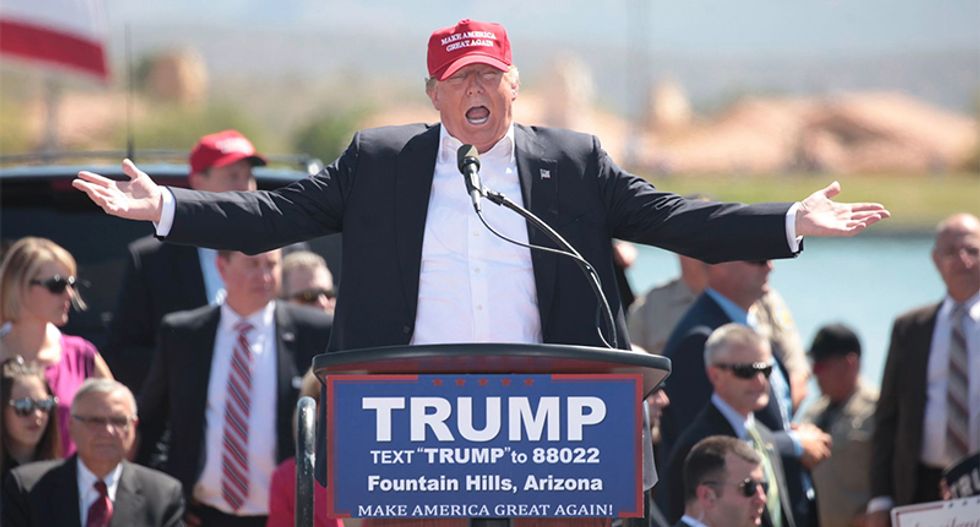 There’s an important article that came out a few days ago that I haven’t seen referenced here.  It will be primarily of I nterest to those of us who wonder why Trump keeps doing Putin’s bidding and how far along he is in being entangled with Russia. If this has been featured here and I missed it, my apologies.

Even former FBI acting Director Andrew McCabe answered, “I think it’s possible” when asked if President Trump might be an asset of Russian intelligence.

I think it is entirely plausible that Mr. Trump is somehow compromised by his personal and financial dealings with Russia and Russians, but I do not think he is an “agent” in the sense that intelligence professionals use the term. Let me explain.

The author of the piece, John Sipher is a 28 year veteran of the CIA, specifically the National Clandestine Service, which is where our spooks hang out.

In the first half of the article he goes over the different types of agents as understood by both the US and Russian spy agencies.  There are some important differences there as many of you know.

The second half of the piece goes over his opinion of where Trump and some of his minions stand.

Based on the U.S. definition of an agent, it is unlikely that President Trump is a recruited and controlled source of the Russian intelligence services. To a professional he is nightmare. Yes, he is a cauldron of potentially exploitable vulnerabilities. He is greedy, has lax morals and shame, isn’t particularly patriotic, has a difficult time with right and wrong and is easy to manipulate. He would be easy to exploit and entice into stepping over the line into a conspiratorial relationship. However, he would be essentially impossible to control.

Perhaps more importantly, Trump thrives on public praise (however inauthentic). He is not the type of person who would be satisfied with secret knowledge of success. Agents of an intelligence service must generally believe their secret relationship is in service of something bigger than themselves and accept that success will never be made public. Instead, they must be satisfied with private praise and the knowledge that they have had an impact, albeit in the shadows. The best cases are never known publicly. A narcissist who craves public fawning and constant flattery while rejecting constructive feedback would make a terrible agent.

However, aside from Trump’s flawed personality, there is a lot of circumstantial evidence that Trump is nonetheless acting counter to U.S. interests in a conspiratorial manner.

So, as we expected, probably a useful idiot.

Even more likely, they may see him as similar to the corrupt oligarchs around Putin. In many ways, Putin has built a mafia/gangster state reliant on a powerful intelligence apparatus. There is no serious distinction between the public and private spheres, and those oligarchs who wish to safeguard their riches need to answer the Kremlin when called.

For some of the people around Trump though it may be a different story.

From what we’ve seen publicly (and remember, this activity was carried out by a secret intelligence service who knows how to hide the details of their work) Russia made multiple attempts to penetrate the U.S. presidential campaign. The approaches were not rebuffed. Members of the Trump campaign showed a willingness to collude and conspire. They welcomed receipt of materials stolen from Americans by a hostile intelligence agency and apparently never reported the fact to the FBI. Then, all of those contacted concealed the contacts and repeatedly lied about them. After all that, they added insult to injury by repeatedly attacking the credibility of those professionals empowered by the American people to investigate foreign intelligence attacks and hold wrongdoers accountable.

Manafort is a different story. Manafort’s out-of-control ego and greed were apparent to everyone he met. He spent years conspiring with and enabling war criminals, undermining U.S. policy and looking to make a buck anywhere he could. He enriched himself while engaged with Russians and Russian-linked Ukrainians. Anyone who has spent years making money on the fringes of Russian politics has rubbed up against the cesspool of Russian intelligence, criminality and corruption.

As usual, there is a lot more in the article than I can put here.  Even though I’ve been avidly reading anything that comes my way about the question of Trump and Russia, I learned a few things from Mr. Sipher.  I recommend anyone interested hop over and read it yourself.