'You know where to find me': House Intel Demo hilariously calls out GOP lawmaker's trolling and lies about 'collusion evidence' 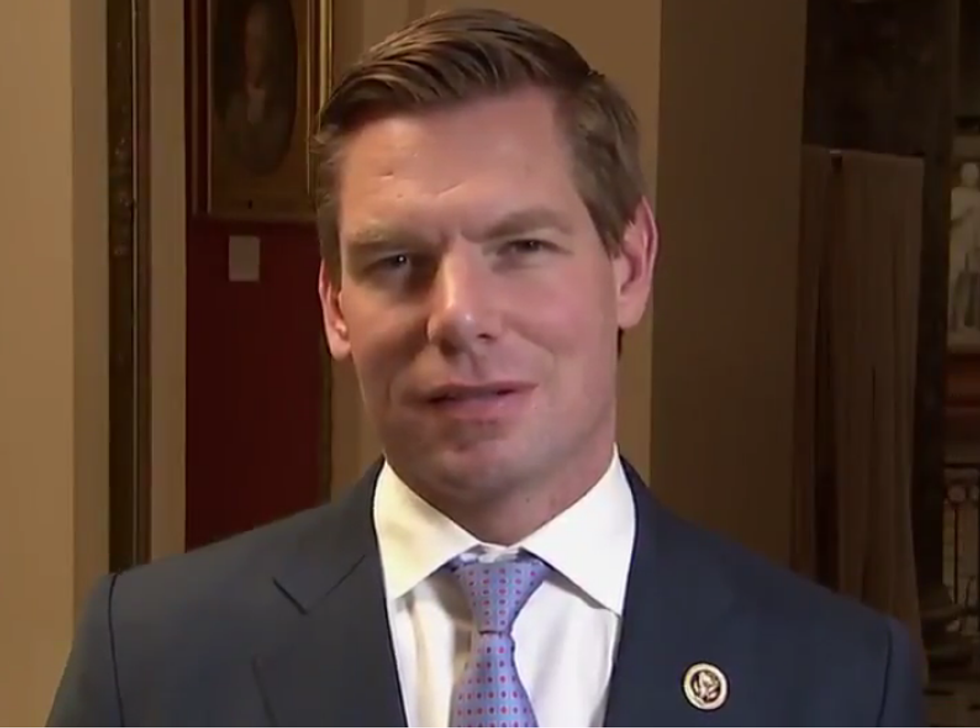 Rep. Mark Meadows (R-NC) joined in President Donald Trump's decision to jump the gun and declare victory following Attorney General Bill Barr's release of a summary of the special counsel's conclusions, which has in fact left open many pressing questions about the case.

While Barr did say that Special Counsel Robert Mueller concluded that he could not "establish" that Trump or his aides were guilty of conspiring with the Russian government to influence the election, this revelation leaves open many possibilities. Nevertheless, Meadows boldly tweeted an attack on prominent Democrats on the House Intelligence Committee, who have led a congressional investigation into the matter:

This tweet is absolutely false, and Meadows must know it. There is plenty of evidence of "collusion," which is simply a type of behavior and is not subject to the standards of evidence necessary to bring a criminal case. There may, indeed, be evidence of a criminal conspiracy — Barr didn't say — but just not enough to prove it in court.

And Rep. Eric Swalwell (D-CA), who has consistently emphasized the importance of the investigation and suspicious nature of the Trump team's behavior regarding Russia, noted that if Meadows is confident in his claims, he should be happy to call on the president to release the full Mueller report. He also pointed out that if Meadows actually wanted to ask him a question or say something to him, they can easily find each other — they work in the same building: