Why is Trump celebrating being called out as Putin's 'useful idiot'? 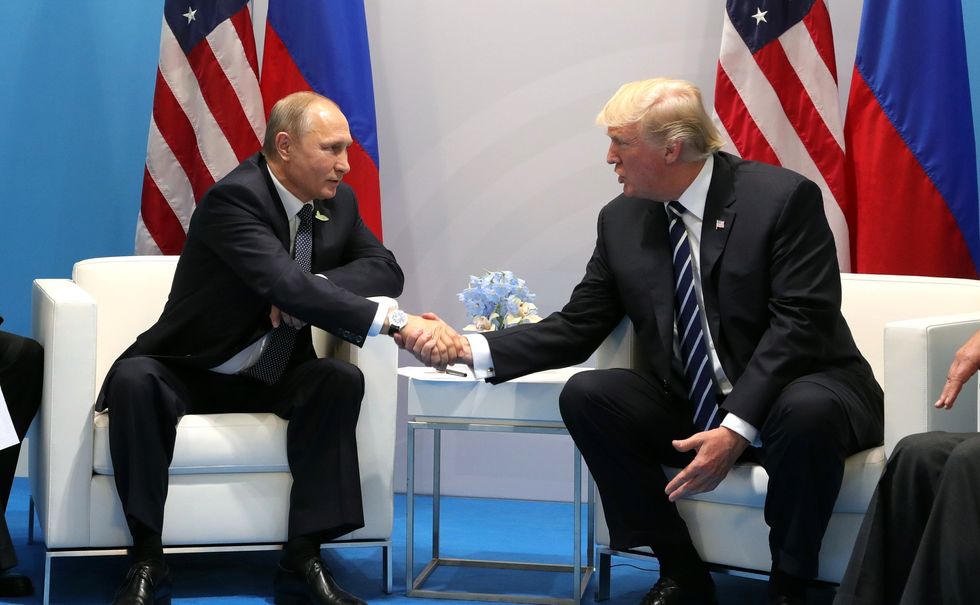 President Donald Trump has been in a celebratory mood since the arrival of Special Counsel Robert Mueller’s final report for the Russia investigation. According to Attorney General William Barr’s letter to Congress, Mueller’s probe “did not establish that members of the Trump campaign conspired or coordinated with the Russian government in its election interference activities.”

But that doesn’t mean that the Russian government didn’t make an effort to manipulate Trump’s 2016 U.S. presidential election — in fact, Mueller showed that it did. Barr's letter only reveals that Mueller didn’t conclude that the evidence showed full-fledged Trump campaign/Russian government conspiracy — and some of Trump’s critics, both Republicans and Democrats, are still asserting that he may have served as a “useful idiot” for Russian President Vladimir Putin in 2016.

During the Cold War, “useful idiot” was a derogatory term used to describe Americans who did things to advance the interests of the Soviet Union — even if they did so unintentionally. The Soviet Union is long gone, but the term is still being used in 2019. And San Diego-based attorney Chris Truax, who serves on the advisory board of Republicans for the Rule of Law, is a conservative who believes there are still “useful idiot” concerns when it comes to Trump’s relationship with and the Russian Federation.

In a March 24 piece for USA Today, Truax wrote that even though he is “not a fan of Donald Trump,” he is “happy” or “almost ecstatic” that Mueller’s report shows that “the president is not a Russian agent.” But Truax also laments that Barr’s letter to Congress “makes clear that the Russians considered Trump to be what used to be known as a ‘useful idiot,’ someone who would unknowingly advance Russian interests with no need for any sort of direct control.”

Truax added that Barr’s letter to Congress “confirms again that the Russians were all in for Trump and were actively involved in influencing the 2016 election in his favor. These efforts included, among other things, hacking various computers and widely distributing stolen e-mails that would damage the Clinton campaign.”

Meanwhile, on the Democratic side, Rep. Hakeem Jeffries (who chairs the House Democratic Caucus) has asserted that like House Speaker Nancy Pelosi, he has no interest in impeaching Trump. During an appearance on CBS’ “Face the Nation” that aired on Sunday, Jeffries noted, “We are not focused on impeachment.” Nonetheless, Jeffries is calling for Mueller’s report to be fully released to Congress and is voicing “useful idiot” concerns when it comes to Trump and the Russian government.

Jeffries stressed, “The American people deserve to know whether Donald Trump is either: (A) a legitimate president, (B) a Russian asset, (C) the functional equivalent of an organized crime boss or (D) just a useful idiot who happens to have been victimized by the greatest collection of coincidences in the history of the republic.”

Former Republican strategist and Never Trump conservative Steve Schmidt, who worked on the late Sen. John McCain’s 2008 presidential campaign, has also been using the term “useful idiot” to describe Trump’s relationship with the Russian government. In April 2018, Schmidt told MSNBC’s Stephanie Ruhle that Trump is “a useful idiot for Russia’s aims of undermining our democratic institutions. When he attacks the intelligence community and the Justice Department—when he attacks and undermines institutions—he is doing Vladimir Putin’s bidding, his work for him. He is undermining the American peoples’ faith in the idea of America, the capacity for the American people for self-governance, and the institutions that make our country special.”

In October 2016 — the month before Trump was elected president — Madeleine Albright (who served as secretary of state under President Bill Clinton in the 1990s) asserted that Trump had become Russia’s “useful idiot.” Albright told MSNBC’s Andrea Mitchell, “There is a great term the Soviets used to use: somebody being a useful idiot. I think that Trump falls into that category of people that are manipulated also by the Russians — and the Russians are trying to interfere in our democracy because they don’t have one themselves.”