'We have many views that are similar': Trump shamelessly embraces the bigoted and anti-LGBT Brazilian president 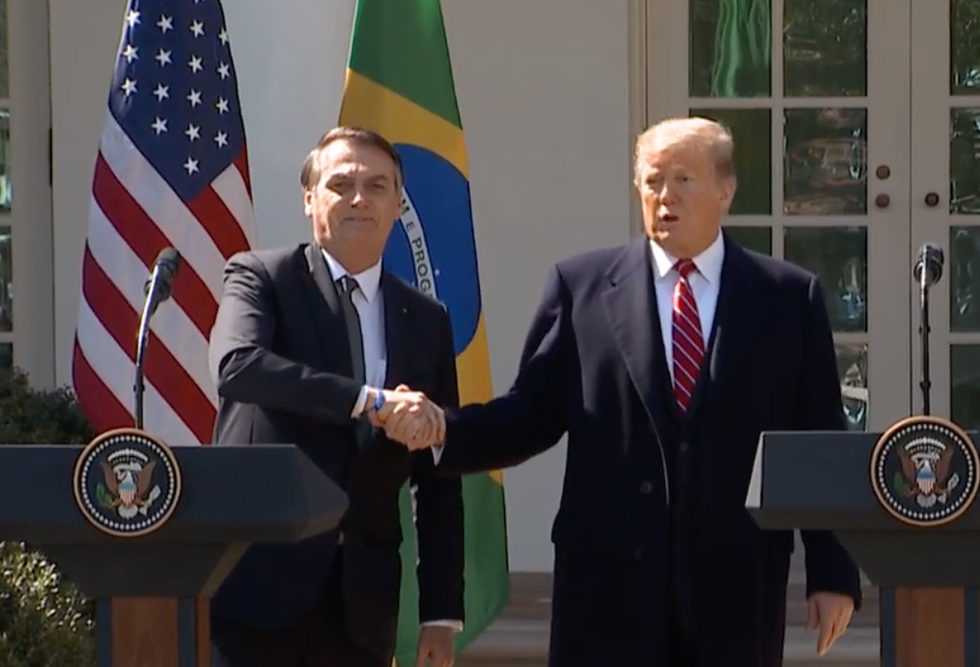 "May I say that Brazil and the United States stand side by side in their efforts to ensure liberties, and respect to traditional family lifestyles, respect to God our creator, against the gender ideology or politically correct attitudes, and against fake news," President Bolsonaro told reporters.

BOLSONARO: "In conclusion, Brazil and the United States stand side-by-side in their efforts to ensure liberty, and… https://t.co/BQzVJW3dHZ
— Aaron Rupar (@Aaron Rupar)1553018964.0

He clearly appeared to be referring to same-sex marriage and the President's recently-enacted ban on transgender troops in the U.S. Armed Forces.

"We have many views that are similar," Trump added.

At the end of the press event President Trump walked over to President Bolsonaro and shook his hand. Not once did he challenge the claim that they are both fighting against basic civil rights for LGBT people.

Earlier today GLAAD noted that "Jair Bolsonaro has a long record of condoning violence against LGBTQ people, and even said that he would rather have a son who is dead than a son who is gay."