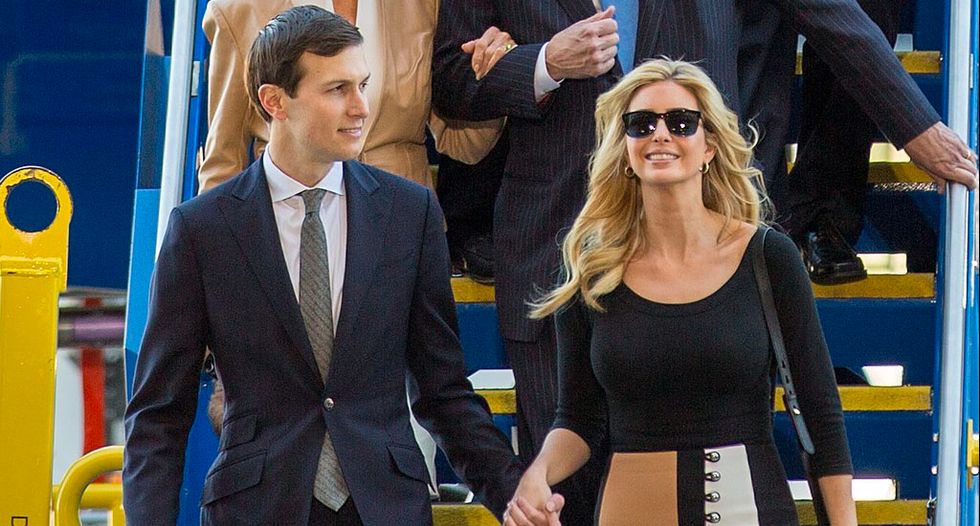 On Thursday, The New York Times revealed that President Donald Trump overruled intelligence and law enforcement officials to give his son-in-law Jared Kushner a top secret security clearance in 2018.

Former Gov. Chris Christie (R-NJ), a former ally of Trump, did not hold back on criticizing the president for overruling protocol for his own family in a discussion with CNN's Chris Cuomo, saying, "There's no way to defend, and I'm not going to, the New York Times story" and that it "should be very disturbing to people."

"This is the biggest problem with having family in official positions in the White House. Because it's much harder to be objective," Christie said. He noted that it looked particularly bad that then-White House Chief of Staff John Kelly and then-White House Counsel Dohn McGahn both wrote memos criticizing the president's decision. "I could tell you something. As having been a governor, I never had a staff member write a contemporaneous memo about one of my decisions."

"They don't do that on a whim?" Cuomo pressed him.

"They do it to cover themselves in a situation that they're worried about exposure on," Cuomo agreed.

Another hugely problematic aspect, Christie added, was that Trump's daughter Ivanka apparently lied to cover for it. "Ivanka went on ABC and said, directly, that her father had nothing to do with her clearance or her husband's clearance," he said.

Former New Jersey governor Chris Christie says there is "no way to defend" Trump ordering a top-secret security clearance for Kushner, if the reporting is true. https://t.co/E9n4Waiych pic.twitter.com/ShKy4lhVoB

Christie and Kushner have had bad blood for years. As a federal prosecutor, Christie brought criminal charges against Kushner's father. Kushner returned the favor by personally making sure Christie never got a job in the Trump administration.