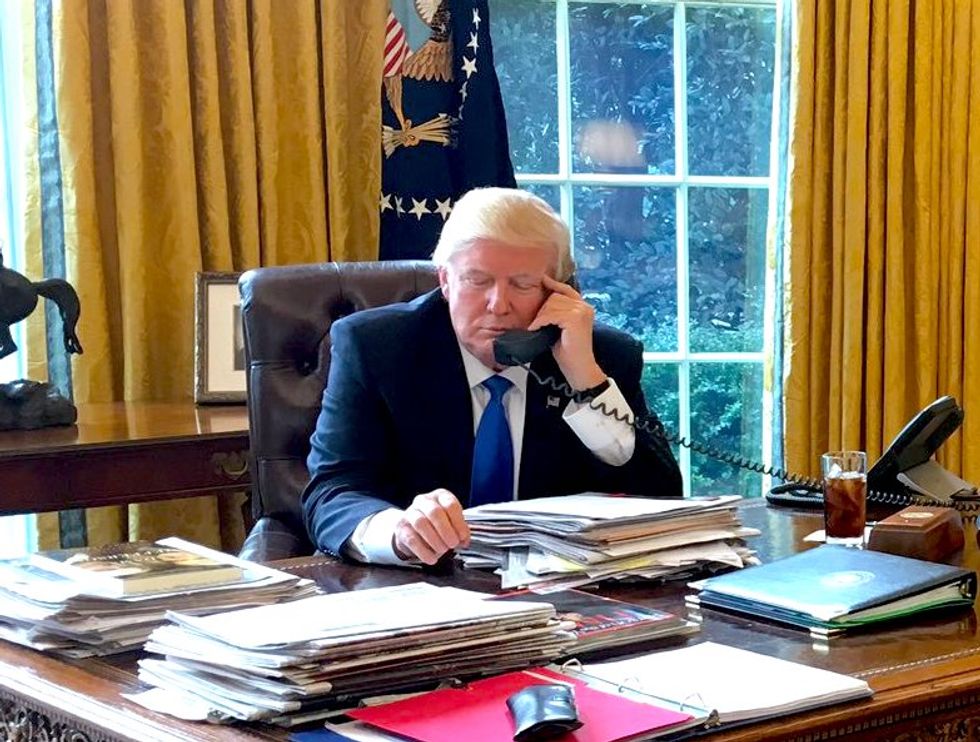 The Trump White House has just flatly denied a request from the Chairmen of three top House investigative committees for information of President Donald Trump's conversations with Russian President Vladimir Putin. The request is part of the Constitutional mandate of checks and balances

"President Trump, on multiple occasions, appears to have taken steps to conceal the details of his communications with President Putin from other administration officials, Congress, and the American people," House Chairmen Eliot Engel, Adam Schiff, and Elijah Cummings wrote in a letter to the White House dated March 4, 2019.

The Democrats are (respectively) the Chairs of the Committee on Foreign Affairs, Permanent Select Committee on Intelligence, and Committee on Oversight and Reform.

They presented a deadline of March 15 for the White House to submit all documents and recordings, and to arrange interviews with key officials and personnel.

That date came and went, without even a response.

And the answer was no.

“The President must be free to engage in discussions with foreign leaders without fear that those communications will be disclosed and used as fodder for partisan political purposes. And foreign leaders must be assured of this as well,” White House counsel Pat Cipollone said in a letter, according to The Hill.

The request from the top House Democrats was specifically for "documents from and interviews with personnel of the White House, Executive Office of the President, and Department of State related to communications between President Donald J. Trump and President Vladimir Putin of the Russian Federation."

In that March 4 letter the chairmen also noted that the allegations, some of which were made public in the media, "if true, raise profound national security, counterintelligence, and foreign policy concerns, especially in light of Russia’s ongoing active measures campaign to improperly influence American elections."