Trump told a bank he was worth $3 billion — but the reality was a whole lot less: report 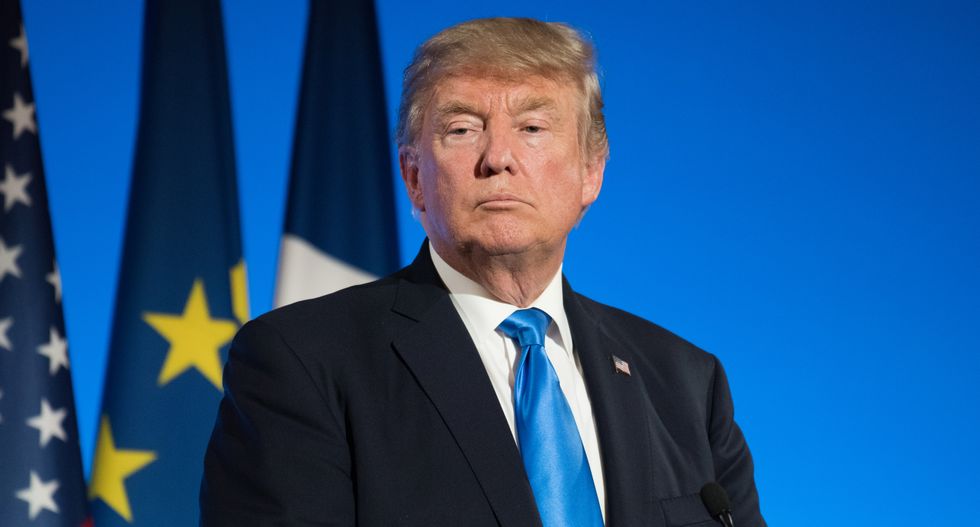 An explosive new report from the New York Times claims that Deutsche Bank employees determined that President Donald Trump was lying to them about his personal wealth, which was vastly less than what he’d claimed.

According to the Times, Trump tried to secure a loan for a hotel project in Chicago by telling Deutsche Bank that he was worth $3 billion. After examining his finances, however, bank employees put his estimated net worth at just $788 million, or less than one third what he had claimed.

Despite this, the bank still lent him the money that he required — although it would soon come to regret doing so.

As the Times reports, Trump was personally on the hook to pay back Deutsche Bank back $40 million right when the real estate market crashed in 2008, which meant Trump was having major problems selling condominium units of his new Chicago skyscraper.

Trump’s attorneys then made an audacious legal argument: That the financial crisis meant he no longer had to repay Deutsche Bank the money he personally guaranteed he would pay them.

“A provision in the loan let Mr. Trump partially off the hook in the event of a ‘force majeure,’ essentially an act of God, like a natural disaster,” the Times reports. “The former Federal Reserve chairman Alan Greenspan had called the financial crisis a tsunami. And what was a tsunami if not a natural disaster?”

Trump eventually paid the bank what he owed, but not until four years later in 2012, when the real estate market had significantly recovered.