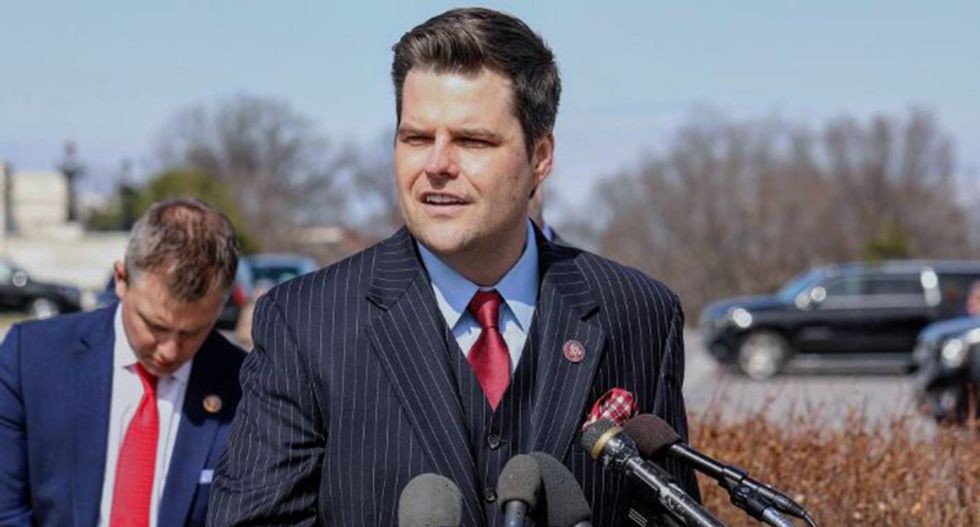 According to Politico, there is little love lost between the former governor – who is now serving in the US Senate — and Gaetz that stems back to back to Scott’s relationship with Gaetz’s father, Don Gaetz, the former Republican president of the Florida Senate.

With that in mind, Politico reports that despite the commonality of both Scott and the younger Gaetz both being avid supporters of Trump, the president is a much larger fan of Gaetz — known for going on cable TV shows to make outlandish claims in support of the president.

According to the report, Scott, while still governor, flew on Air Force One with Gaetz and the president last July to Florida for a rally for the governor’s replacement as Governor, Ron De Santis.

During the flight, Scott attempted to engage Trump in some desperately-needed projects in Florida — only to find that the president had other things on his mind.

As Politico reports: “While aboard the plane, Gaetz said, Scott was ‘fumbling through his asks’ of the president after opening a large notebook titled ‘Issues to Discuss with the President on Air Force One’ that was filled with maps and engineering drawings of Lake Okeechobee and materials concerning other water-related issues important to Florida.”

According to the reporting, Gaetz proudly recalled, “The president listens politely for about 30 seconds and then just looks at the governor, looks at me, looks back at the governor and then says, ‘Isn’t Matt Gaetz great on television?’”

Gaetz went on to note that Scott gave up and closed his notebook, realizing Trump was highly disinterested.

You can read more about the tense relationship between Scott and Gaetz — who was recently called one of the “biggest assh*les in Congress” by a Democratic lawmaker — here.