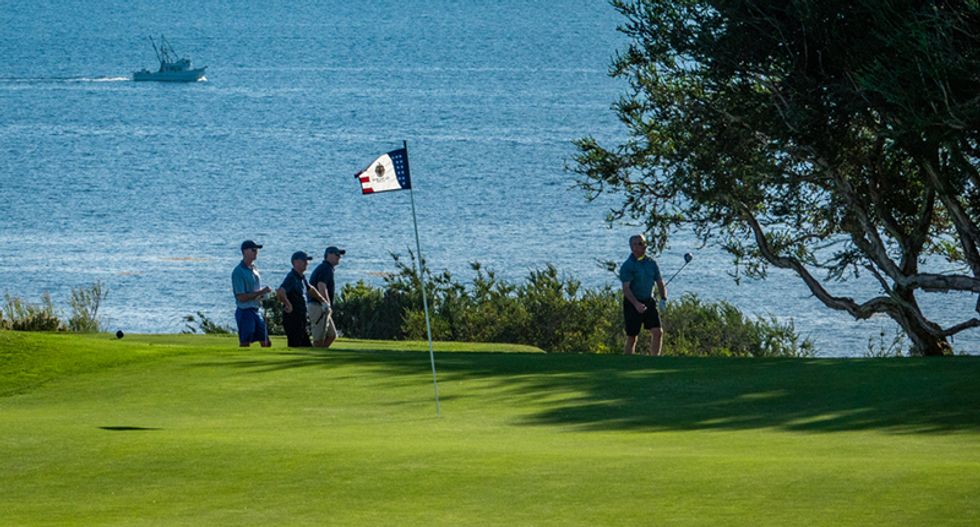 The Washington Post reports that about a dozen mature riverbank trees were cut down at the Trump National Golf Course in Loudoun County, Virginia, upriver from Washington, D.C.  The trunks, limbs, and branches of the trees were then dumped into the Potomac River.

A kayaker, Steven Mckone, noticed the travesty while he was on the river.  The diameters of the trunks of the trees varied from 14 to 24 inches.  The affected area was just off the fairways in what had been a small copse.  Loudoun County officials say that the removal of the trees could violate local ordinances.

Trees in a waterway can create dangerous conditions, where currents can pull watercraft into the branches, then trap boaters underwater in what is known as a strainer effect. In addition, trees along river banks are among the best ways to protect water quality and aquatic life, and prevent erosion, environmentalists say.

The general manager of the Trump property referred all questions to the organization’s corporate office, which did not respond to requests for an explanation or comment.

“Based on the initial observation, I am told that there appears to be an issue with a number of trees removed from the flood plain, which would require a permit prior to any operation,” Barbour said. “The county is currently determining whether a violation of the ordinance occurred, and if so, what the appropriate course of action would be.”

In 2010, the Trump facility removed more than 400 trees.  Trump himself said that this was done to improve the view from the links.

These removals are reminiscent of tree removal by Washington football team owner Dan Snyder, who had trees removed without a permit because he wanted a better view.