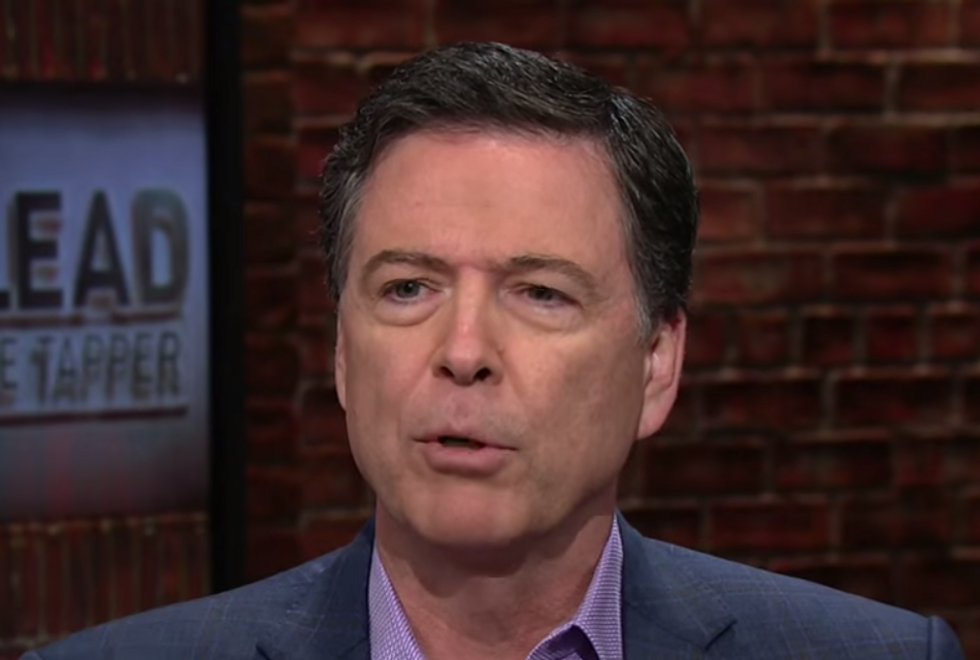 When Special Counsel Robert Mueller delivers his final report on the Russian investigation, he will give it to Attorney General William P. Barr. It will be up to the attorney general to decide what information in the report will or won’t be shared with Congress and the American public, and former FBI director James Comey—in a new op-ed for the Washington Post—offers a long list of reasons why he is hoping Barr won’t suppress the information in the report.

Comey, who served as deputy attorney general under President George W. Bush before becoming FBI director, opens his op-ed by noting that Barr recently “told the Senate Judiciary Committee he would try to be as transparent as possible while abiding by the Justice Department’s long-standing tradition of protecting the privacy rights of the innocent.” Although Comey acknowledges that Barr’s assertion “makes sense,” he stresses that Republicans are “wrong” when they “claim Justice Department rules forbid transparency about the completed work of the special counsel.” And Comey makes his point by describing several U.S. Justice Department cases of the past.

The 58-year-old Comey, who President Donald Trump fired from the FBI in 2017, spent most of his adult life as a registered Republican. In 2017, however, CNN reported that Comey no longer had a party affiliation.

Historically, Comey writes, the U.S. Justice Department’s approach has been to “speak only in prosecuted cases, unless the public really needs to know.” And one of the cases he cites as an example of the public’s “need to know” is the 2014 death of Michael Brown, an African-American youth shot and killed by a white police officer in Ferguson, Missouri. Comey recalls that the Brown case “touched off unrest around the country,” noting that the Justice Department “released an 86-page report in March 2015 detailing the entire investigation.”

Comey also discusses the 2004 case of José Padilla, a U.S. citizen held as an enemy combatant in a U.S. Navy brig on presidential order. Because that case, Comey recalls, represented “a breathtaking exercise of presidential power” and “generated intense and legitimate concern across the political spectrum,” the Justice Department “provided Congress with a written report” and “laid out in a news conference detailed information about Padilla’s terrorist connections, his murderous plans and his confession.”

Comey recalls, “It was an extraordinary amount of information in an uncharged case. I know a lot about that announcement because I made it in my role as deputy attorney general after first being assured by the department’s career lawyers that speaking was consistent with law, policy and department tradition.”

The former FBI director also discusses one of his most controversial moves: the decision to publicly discuss, in 2016, the Hillary Clinton e-mail controversy.

“The Hillary Clinton case was one where the public interest required that we speak,” Comey asserts. “Angry voices in July 2016 said we should have said nothing, but we were ending a criminal investigation of a candidate for president—one overseen by Justice Department political appointees from the candidate’s political party. The decision to decline prosecution would have been far less credible without those details, causing lasting damage to the department’s reservoir of trust with the American people. Democrats were wrong about transparency then.”

Comey concludes his op-ed by asserting that with Mueller’s final report, the American public would be well served by “transparency.”

“I don’t know all the considerations that will go into deciding precisely what to say about the completion of the special counsel’s work and when to say it,” Comey writes. “It’s always important to consider guidelines and routines, but don’t listen to those who tell you transparency is impossible. Every American should want a Justice Department guided first and always by the public interest. Sometimes, transparency is not a hard call.”