'Ticking time bombs' like mosque shooter are 'in the United States' -- and they're mainly white nationalists: Terrorism expert 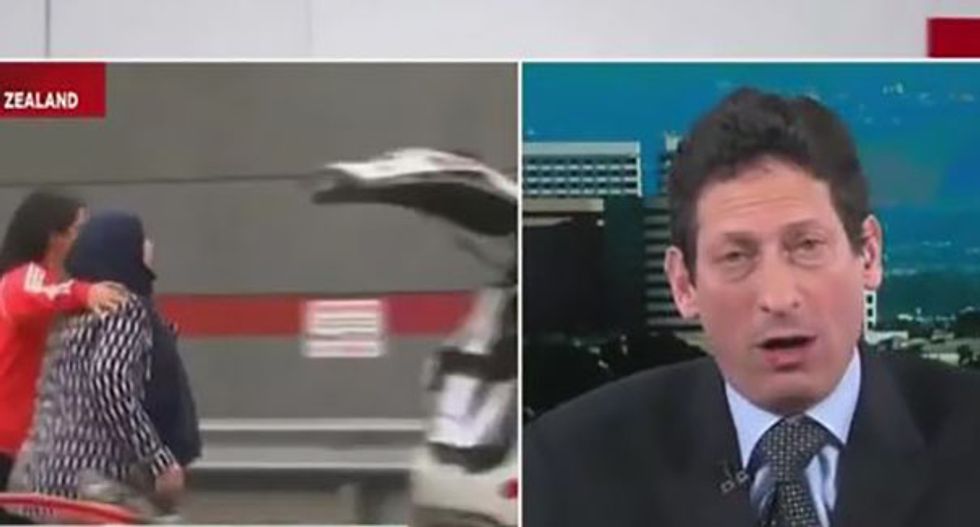 Brian Levin, Director of the Center for the Study of Hate and Extremism at California State University, told MSNBC on Friday that “ticking time bombs” like the New Zealand mosque shooter were ‘in the United States’ — and that anti-immigrant white nationalists were now a greater threat than Islamic jihadists.

“There’s an international network of Islamophobes, and sometimes they visit different places, but most of it’s on the Internet,” Levin said. “What we’re seeing here just generally is these kind of ticking time bombs are in the United States.”

Levin said that although anti-Muslim hate crimes had gone down in 2018, for the previous three years, they had increased by 99%.

“When I testified before Congress in 2015, violent Salafist jihadists were ascendant and greatest threat. That is no longer the case by a long shot,” Levin said. “They have been replaced by white nationalists. It’s part of an international trend. These people sometimes hopscotch the ocean, but the Internet is becoming a tool of these folks.” He pointed to the Tree of Life synagogue shooter as an example.

“Bottom line, what we’ve seen with regard to these white nationalists is they dine from a buffet of hate that is on the Internet,” he said. “The most virulent among this is religious hate, and among that is Islamophobia.”

“Sometimes we see a shuffling of the deck chairs. One year it’ll be Jews, then Muslims,” Levin added. “But we’ve seen in the United States over the last few years anti-religion hate crimes top 20% for only the first time since ’92, we’ve had three consecutive years.”