'There is something there': Fox News legal analyst warns that Mueller's report 'undoubtedly' has evidence of conspiracy 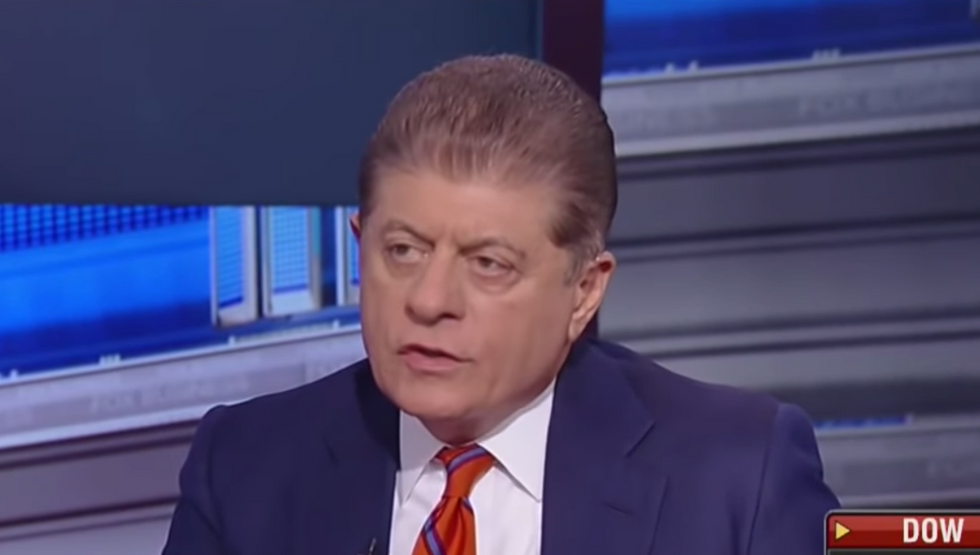 Fox News' Andrew Napolitano made a surprising and compelling argument Wednesday that likely came as a shock to regular viewers of the network: Despite President Donald Trump's claims of exoneration, there's "undoubtedly" evidence of a conspiracy between his campaign and Rusia during the 2016 election, the legal analyst said.

In Attorney General Bill Barr's summary of the Special Counsel Robert Mueller's final report, he said that the investigation had ended without establishing that a conspiracy existed. But Napolitano noted that this finding refers to the standards of a criminal case — there can still be much evidence of conspiracy without it being demonstrable in a courtroom.

Once the full report is released, Napolitano said, Trump's opponents will have a "field day."

"Mueller, Rosenstein, Barr are on the same page,” he continued. “There is something there, but it is not enough to prove guilt beyond a reasonable doubt.”

Curiously, Napolitano said twice that Mueller's final report is 700 pages. It's not clear yet if that's true, as the fact of the report's length appears to remain a closely guarded secret.