Here are the 10 most seductive drugs — and their fascinating histories 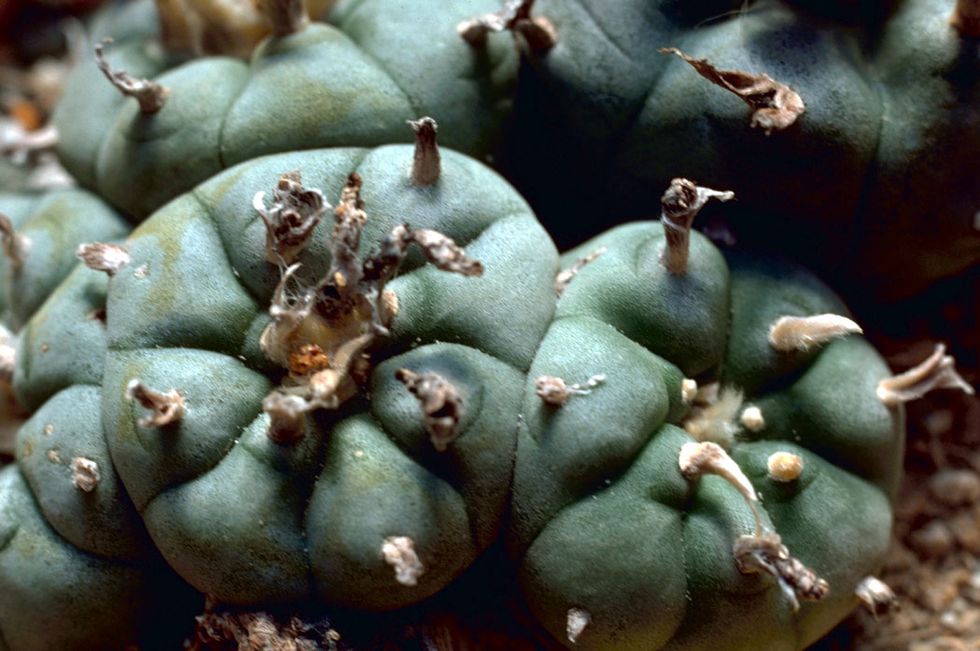 Want to get the latest on America's drug & rehab culture? Sign up for The Fix's newsletter here.

Fans of alcohol are in good company; this is a drug that's been in use since the dawn of human time—if carbon dating of jugs found in Jiahu, China to around 8,000 BC is to be believed. But it wasn’t until we settled into agricultural societies that the wine really got flowing. Written records from ancient Sumeria document the uses and quantity of the beer—called "kash"—that was brewed. They even indicate that Sumerians had regulated drinking places similar to modern-day bars. The booze, for its part, was considered worthy of offering to the gods, and even thought to have a civilizing effect: The Epic of Gilgameshmentions a wild man named Enkidu who was seduced to join civilization after he drank seven jugs of beer, “became expansive and sang with joy.” (A harlot was also, apparently, involved.)

Mescaline—the psychoactive ingredient in the peyote plant that's native to Mexico and the Southwest US—has probably been used in religious ceremonies since 3780–3660 BC, according to carbon dating of dried buttons found in a cave on the Rio Grande in Texas. Written records began once Catholic Spanish conquerors arrived in Mexico and were alarmed by the practice of eating or drinking peyote during religious festivals. In an effort to discourage use, priests were in the habit of asking their new congregationalists to confess to having experienced the drug’s hallucinogenic effects, right after they asked “Have you eaten the flesh of man?” and “Do you suck the blood of others?”

Think medical marijuana is a new phenomenon? Not exactly. Chinese emperor Shen Nung first recommended brewing the leaves into a tea to relieve the symptoms of menstrual cramps, rheumatism, gout, malaria and even—hilariously—absentmindedness back in 2737 BC. Scythians, a people that lived in Siberia around the 7th century BC, were more into the drug for the fun; they were known to throw marijuana seeds onto stones that were heated during funeral ceremonies, inhaling the fumes to become intoxicated. Russian archeologists began to suspect that both male and female Scythians smoked marijuana regularly for pleasure when they found primitive pot pipes in tombs in 1929.

Those Sumerians were really into their substances. In addition to brewing beer, they also cultivated the opium poppy, which they called “the joy plant.” The Sumerians passed on their knowledge of opium-induced joy to the Assyrians, who in turn passed it on to Babylonians, Egyptians and Greeks. By the time of the Greek classical period, farmers on the island of Cyprus had invented harvesting knives of surgical quality to get the most out of the poppies, and extracts of the flower were a common additive to the poison hemlock cocktail used in executions. During this period, poppies were considered of such usefulness in inducing sleep and forgetfulness that they are often depicted as part of the clothing or possessions of three gods of the Greek pantheon: Hypnos (sleep), Nix (night), and Thanatos (death).

Early use of coca leaves resulted from a fortuitous correlation between optimal growing weather and the high altitudes in the South American Andes Mountains. From the reign of the Inca until the South American revolutionary wars, native laborers and soldiers chewed the leaves to increase alertness and oxygen intake, helping them fight, ferry goods or messages over long distances, or mine without requiring much food or rest. As one European visitor noted in later years, “Where Europeans would have halted and bivouacked, the ill-clad, barefooted Indians merely paused, for a short interval, to chew their Coca.”

The opium poppy may have been discovered in the Near East, but the processing of it into innocuous-seeming salts, injections and liquids was a product of the industrial revolution in the West. In the 1800s, white women in particular were fond of a liquid opium preparation called laudanum that was sold through mail order companies and at local apothecaries. This preparation was also a favorite of English writer Samuel Taylor Coleridge, who may have been inspired to pen his poem Kubla Khan while in a laudanum-induced dream. After the US civil war, injured soldiers with morphine habits expanded the need for opium products, and opium-smoking dens started popping up in major cities like New York and San Francisco.

Once Coca was synthesized into cocaine and introduced to the world at large in the late 1800s, it found an unlikely proponent in the world’s most famous psychoanalyst, Sigmund Freud. Even after attempting to cure a friend’s morphine habit by introducing him to the drug (the man died, addicted to both drugs, within seven years), Freud touted cocaine as a cure for everything from headaches to depression to sexual impotence. Not unexpectedly, he used quite a bit of the white lady himself, writing licentious letters to his fiancée containing such passages as: “When I come, I will kiss you quite red and feed you till you are plump. And if you are forward, you should see who is the stronger—a gentle little girl who doesn't eat enough, or a big, wild man who has cocaine in his body... I am just now busy collecting the literature for a song of praise to this magical substance.”

German scientist LazÄƒr Edeleanu first synthesized amphetamine in 1887, and it became a useful cold remedy and diet pill throughout the world over the next 50 years. Once World War II broke out, however, amphetamine—along with injectable methamphetamine produced in Japan—became a weapon on a par with submarines and fighter planes. Thousands of soldiers on all sides of the conflict were issued drugs to keep them awake during all-night bombings, and Japanese kamikaze pilots used methamphetamine before every flight. The German blitzkreig, in particular, is well known for having been influenced by the use of meth among pilots. By the end of 1940, however, the German army had cut back substantially, having determined that the substance was incredibly addictive.

Though it was discovered in 1912 by a chemist working for Merck, not much was known about the psychoactive effects of MDMA until an eccentric chemist named Alexander Shulgin synthesized it as part of a pet project at Dow Chemical in 1967. When Shulgin gave a small gift of the drug to a psychologist friend, it became the focus of therapeutic zeal in the psychology community, with one doctor even calling it “penicillin for the soul.” Soon after, MDMA popped up in the club dance scene in Dallas, and the DEA held hasty meetings to add the drug to the illegal schedule—fighting tooth and nail with psychologists all the way. Shulgin, meanwhile, wrote and published a book called PIHKAL, short for Phenethylamines I Have Known and Loved, which is still known worldwide as a club drug cookbook.

While researching potential tranquilizers for Hoffman-LaRoche in New Jersey in the 1930s, Polish American scientist Leo Sternbach discovered the benzodiazepine that came to be known as Librium. Next came Valium and Klonopin—both of which were also discovered by Sternbach. Before long, the high anxiety culture of the mid-20th century led to increased use of benzos and thousands became addicted. Sternbach, meanwhile, continued his successful career, likely because he never developed an addiction to the drugs himself. “My wife doesn't let me take [them],” he once told the New Yorker.