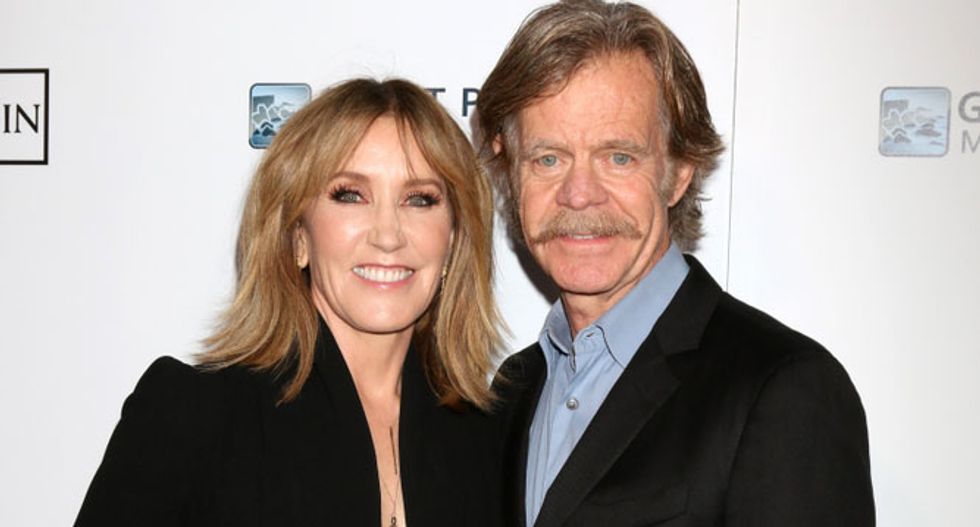 Corruption in higher education? Why, it's as shocking as gambling in Casablanca. Yet even for the most jaded among us, there is exceptional poetry this week in the tale of rich parents going to truly idiotic lengths to secure their offspring something once quaintly referred to as "a good education."

On Tuesday, court records unsealed in Boston revealed that 50 individuals, including actresses Felicity Huffman and Lori Loughlin, had been indicted in a nationwide college admissions bribery scam. Parents reportedly paid up to $6 million — which is even more than the current balance on your student loans — to gain  their children admission into the country's top universities, including Yale, Stanford, Georgetown, Wake Forest,  the University of Texas, Boston College, Boston University, Northeastern University, and the University of Southern California.

In an investigation with the made-for-HBO-movie name Operation Varsity Blues, "two SAT/ACT administrators, one exam proctor, nine coaches, one college administrator and 33 parents" have been charged. U.S. attorney for Massachusetts  Andrew Lelling said on Tuesday that the case is about "the widening corruption of elite college admissions through the steady application of wealth combined with fraud." Or, as a friend who's a dean of her department at a respected southern university put it to me Tuesday, "What a bunch of assholes."

At the center of the story is William Rick Singer. As founder of a college prep business called the Key Worldwide Foundation, Singer raked in $25 million worth of parental desperation over an eight-year period. Among the charges against him, Singer is accused of paying off college coaches to recruit students based on falsified athletic achievement. As CNN reports, he "even worked with parents to take staged photos of their child engaged in particular sports. In another example, they used stock photos of a person playing a sport and then put the face of a student onto that of an athlete via Photoshop." Former Yale University's former women's soccer coach Rudy Meredith has admitted to accepting bribes  "in exchange for designating applicants to Yale as recruits." Other ways Singer's clients allegedly gamed the system? Bribing test administrators  to have outsiders "take the exams in place of the actual students."

There is something about the blatant gaucheness of it all that seems to have inspired a particularly keen degree of investigative interest in the case. In his statement, Lelling, with no hint of irony, said, "We're not talking about donating a building so a school is more likely to take your son or daughter, we're talking about deception or fraud." I mean, donating a building — one with your family's venerable name on it — to coerce a school to admit your mediocre kid is a time honored practice. But photoshopping a stock image of a water polo match on an admissions application is just . . . well, the kind of thing a star of a network TV show would do. Felicity Huffman, for example, "made a purported charitable contribution of $15,000 . . . to participate in the college entrance exam cheating scheme on behalf of her eldest daughter."

I don't have millions to throw into buying my kids' college educations, so we had to do it the old fashioned way. Last year was an endurance test riddled with sleepless nights, tears, and meltdowns from both the parental and child side of the family as my firstborn prepared to graduate high school. This is to say that on some level I get it — you want the best for your child, and the entire university admissions system is a giant, insane stress-riddled shakedown. After being deluged for months with "offer letters" from bigger named institutions telling us how many hundreds of thousands of dollars in loans we could take out and after more drama than eight seasons' worth of "Desperate Housewives," last spring we settled on one of our state universities. A year later, my daughter is taking classes, holding down a part time job, hanging out with her roommates and, based on what she brings home on holidays, never doing laundry. I truly cannot imagine she'd be happier or healthier anywhere else.

For anyone familiar with the clubby nature of higher ed, the whole alleged scam seems wildly unnecessary anyway. I always thought it was common knowledge that if you've got the money, you can  send your kid to one of those expensive liberal arts schools with a pedigree brand and an open door admissions policy. I have a friend whose son is currently enjoying the bucolic experience of a $65,000-a-year college with a respected name and a 70 percent acceptance rate. No shame in that! Who cares, when the kid's just going to go work for the family company — or become a screenwriter with a trust fund — anyway?

But I guess that's no longer sufficient in the cutthroat world of parental one-upsmanship. It's not enough to be rich, to have shiny gold awards and big houses. You have to have trophy children — the smartest, most gifted and talented offspring that having access to all the academic and cultural resources in the world can create. How embarrassing would it be for a parent to have it all, except for offspring who aren't publicly recognized as exceptional?

I don't know what's saddest in all of this. There's, of course, as Liddle notes, the fact that "For every student admitted through fraud, an honest, genuinely talented student was rejected." Then there's also what happens to those rich  kids themselves. As one report Tuesday noted, "In most cases the students did not know their admission was contingent on a bribe." I think of those kids, going through life thinking that they've earned it.

There is, not too many neighborhoods away from my own, an "Ivy" preschool that offers a "helpful curriculum" for students between the ages of 6 weeks to 18 months. It's literally called "baby academics," — B.A. for short. Imagine growing up like that, and then getting to your junior year of high school and being, in spite of it all, average, and not even knowing it because you've somehow been accepted into the most competitive schools in America. This is how the hubris of conflating wealth with intellect is perpetuated.

My friend who's a dean says she has to devote an increasing amount of her work energy to dealing with "lazy, entitled, and socially, emotionally, and intellectually impaired" students who burden  "an already overwhelmed" educational system. That's why I've got to hand it  to the Kardashians. They're obscenely rich, entrepreneurially savvy and they never tried to saddle the rest of us with some bogus Yale-track aspirations. Parents like the ones named on Tuesday, on the other hand, seem to have tried to project a different having-it-all family image. As pop culture watchers have picked over Felicity Huffman's Twitter feed this morning, one from just this past Saturday leapt out. "To all the moms out there, you’re all superheroes and you’re all good enough," it says. "Don’t let anyone tell you differently."