The fallacy that 1619 was the start of slavery distorts history 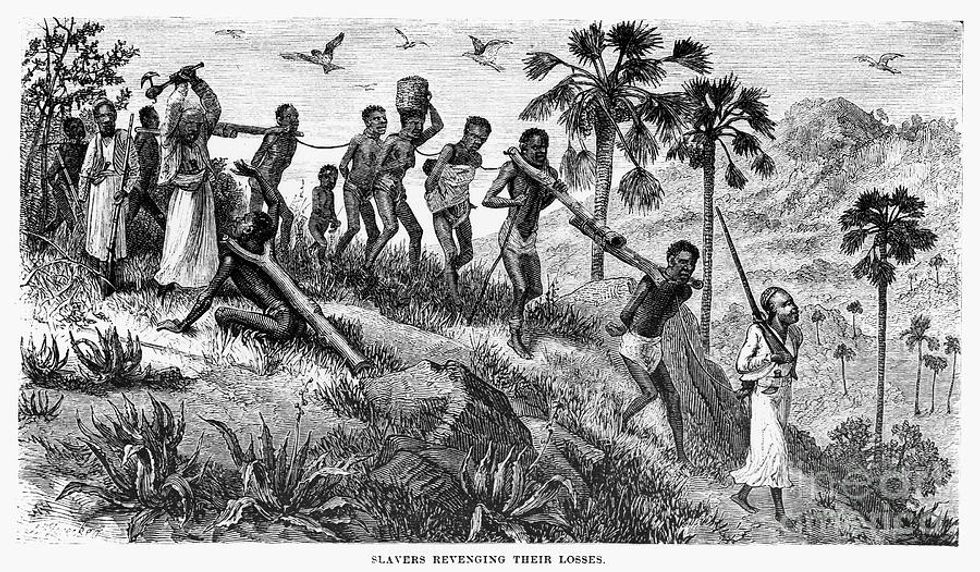 In 1619, “20. and odd Negroes” arrived off the coast of Virginia, where they were “bought for victualle” by labor-hungry English colonists. The story of these captive Africans has set the stage for countless scholars interested in telling the story of slavery in English North America. Unfortunately, 1619 is not the best place to begin a meaningful inquiry into the history of African peoples in America. Certainly, a story that begins in 1619 can be told, but it is neither well-suited to help us understand slavery as an institution nor to help us better grasp the complicated place of African peoples in the early modern Atlantic world. For too long, the focus on 1619 has led the public and even scholars to ignore more important issues and, worse, to silently accept unquestioned assumptions that continue to affect us in remarkably consequential ways. As a historical signifier, 1619 may be more insidious than instructive.

This article was originally published by Yes! Magazine.

The fallacy of 1619 begins with the questions most of us reflexively ask when we consider the first documented arrival of a handful of people from Africa in a place that would one day become the United States of America. First, what was the status of the newly arrived African men and women? Were they enslaved people? Servants? Something else? And, second, as Winthrop Jordan wondered in the preface to his 1968 classic, White Over Black, what did the White inhabitants of Virginia think when these dark-skinned people were rowed ashore and traded for provisions? Were they shocked? Were they frightened? Did they notice these people were Black? If so, did they care?

In truth, these questions fail to approach the subject of Africans in America in a historically responsible way. None of these queries conceive of the newly arrived Africans as actors in their own right. These questions also assume that the arrival of these people was an exceptional historical moment, and they reflect the worries and concerns of the world we inhabit rather than shedding useful light on the unique challenges of life in the early 17th century.

Important historical correctives to the myth of 1619  can help us ask better questions about the past. Most obviously, 1619 was not the first time Africans could be found in an English Atlantic colony, and it certainly wasn’t the first time people of African descent made their mark and imposed their will on the land that would someday be part of the United States. As early as May 1616, Blacks from the West Indies were already at work in Bermuda providing expert knowledge about the cultivation of tobacco. There is also suggestive evidence that scores of Africans plundered from the Spanish were aboard a fleet under the command of Sir Francis Drake when he arrived at Roanoke Island in 1586. In 1526, enslaved Africans were part of a Spanish expedition to establish an outpost on the North American coast in present-day South Carolina. Those Africans launched a rebellion in November of that year and effectively destroyed the Spanish settlers’ ability to sustain the settlement, which they abandoned a year later. Nearly 100 years before Jamestown, African actors enabled American colonies to survive, and they were equally able to destroy European colonial ventures.

These stories highlight others problems with exaggerating the importance of 1619. Privileging that date and the Chesapeake region effectively erases the memory of many more African peoples than it memorializes. The “from-this-point-forward” and “in-this-place” narrative arc silences the memory of the more than 500,000 African men, women, and children who had already crossed the Atlantic against their will, aided and abetted Europeans in their endeavors, provided expertise and guidance in a range of enterprises, suffered, died, and—most importantly—endured. That Sir John Hawkins was behind four slave-trading expeditions during the 1560s suggests the degree to which England may have been more invested in African slavery than we typically recall. Tens of thousands of English men and women had meaningful contact with African peoples throughout the Atlantic world before Jamestown. In this light, the events of 1619 were a bit more yawn-inducing than we typically allow.

Telling the story of 1619 as an “English” story also ignores the entirely transnational nature of the early modern Atlantic world and the way competing European powers collectively facilitated racial slavery even as they disagreed about and fought over almost everything else. From the early 1500s forward, the Portuguese, Spanish, English, French, Dutch, and others fought to control the resources of the emerging transatlantic world and worked together to facilitate the dislocation of the indigenous peoples of Africa and the Americas. As historian John Thornton has shown us, the African men and women who appeared almost as if by chance in Virginia in 1619 were there because of a chain of events involving Portugal, Spain, the Netherlands, and England. Virginia was part of the story, but it was a blip on the radar screen.

We can do a better job of situating the foundational story of Black history and the history of slavery in North America in its proper context.

These concerns about making too much of 1619 are likely familiar to some readers. But they may not even be the biggest problem with overemphasizing this one specific moment in time. The worst aspect of overemphasizing 1619 may be the way it has shaped the Black experience of living in America since that time. As we near the 400th anniversary of 1619 and new works appear that are timed to remember the “firstness” of the arrival of a few African men and women in Virginia, it is important to remember that historical framing shapes historical meaning. How we choose to characterize the past has important consequences for how we think about today and what we can imagine for tomorrow.

In that light, the most poisonous consequence of raising the curtain with 1619 is that it casually normalizes White Christian Europeans as historical constants and makes African actors little more than dependent variables in the effort to understand what it means to be American. Elevating 1619 has the unintended consequence of cementing in our minds that those very same Europeans who lived quite precipitously and very much on death’s doorstep on the wisp of America were, in fact, already home. But, of course, they were not. Europeans were the outsiders. Selective memory has conditioned us to employ terms such as settlers and colonists when we would be better served by thinking of the English as invaders or occupiers. In 1619, Virginia was still Tsenacommacah, Europeans were the nonnative species, and the English were the illegal aliens. Uncertainty was still very much the order of the day.

When we make the mistake of fixing this place in time as inherently or inevitably English, we prepare the ground for the assumption that the United States already existed in embryonic fashion. When we allow that idea to go unchallenged, we silently condone the notion that this place is, and always has been, White, Christian, and European.

Where does that leave Africans and people of African descent? Unfortunately, the same insidious logic of 1619 that reinforces the illusion of White permanence necessitates that Black people can only be, ipso facto, abnormal, impermanent, and only tolerable to the degree that they adapt themselves to someone else’s fictional universe. Remembering 1619 may be a way of accessing the memory and dignifying the early presence of Black people in the place that would become the United States, but it also imprints in our minds, our national narratives, and our history books that Blacks are not from these parts. When we elevate the events of 1619, we establish the conditions for people of African descent to remain, forever, strangers in a strange land.

It doesn’t have to be this way. We shouldn’t ignore that something worth remembering happened in 1619. There are certainly stories worth telling and lives worth remembering, but history is also an exercise in crafting narratives that give voice to the past to engage with the present. The year 1619 might seem long ago for people more attuned to the politics of life in the 21st century. But if we can do a better job of situating the foundational story of Black history and the history of slavery in North America in its proper context, then perhaps we can articulate an American history that doesn’t essentialize notions of “us” and “them” (in the broadest possible and various understandings of those words). That would be a pretty good first step, and it would make it much easier to sink our teeth into the rich and varied issues that continue to roil the world today.

Michael Guasco wrote this article for AAIHS. Guasco is professor and chair of the history department at Davidson College, where he offers a range of courses related to early American history, the early modern transatlantic world, and the early history of race and slavery in the Americas. He is the author of Slaves and Englishmen: Human Bondage in the Early Modern Atlantic World (Penn Press, 2014), which was a finalist for the 2015 Frederick Douglass Book Prize. Follow him on Twitter @Mikeguasco.