'The facts we know about already are damning': Conservative writer says the GOP would impeach Trump if it weren't run by 'know-nothing cultists' 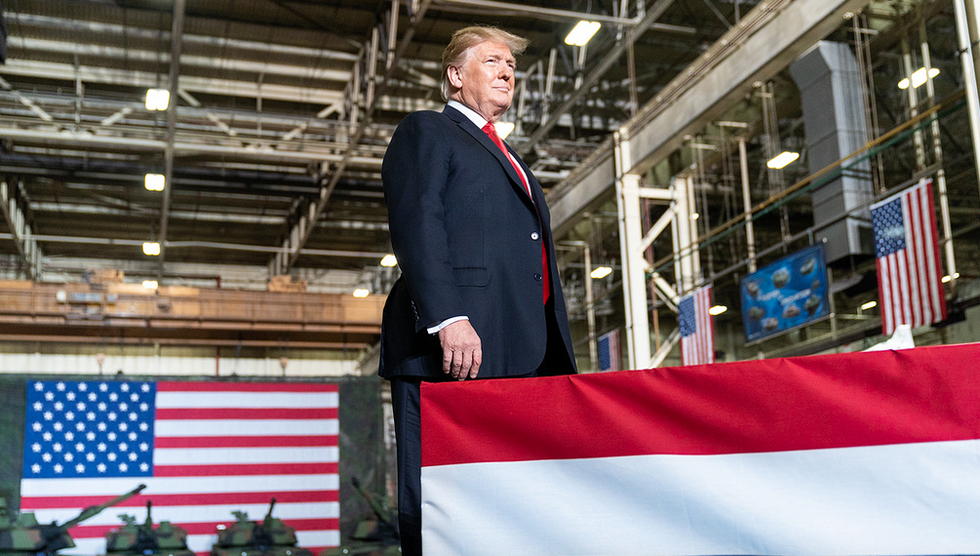 While the country waits to hear about Special Counsel Robert Mueller's report on the Russia investigation, President Donald Trump's future could hang in the balance. As far as we know, the report could say relatively little about his conduct that we haven't already learned  — or it could be a decisive argument that he's an outright criminal that would escalate the cries for impeachment.

Democrats' impeachment dilemma has already been much discussed — and it may indeed worsen depending on the report's contents — but as Washington Post Columnist Jennifer Rubin argued this weekend, Republicans face their own difficult choices on impeachment.

She argued that, after all, what we already know about the Trump-Russia story is impeachable:

1.) Trump hired multiple campaign officials who had, collectively, more than 100 contacts with Russians and solicited a hostile foreign power’s help in winning the presidency; 2.) Trump lied repeatedly about his pursuit of a business deal with a hostile foreign power while running for president; and 3.) Trump took a slew of actions (from misleading the public to seeking leniency for Michael Flynn to intimidating witnesses in plain sight) that, if committed by anyone other than the president, would be grounds for indictment. Do the Republicans plan on running in 2020 under the banner:Leave the Russian patsy in power — or What’s a little obstruction between friends?

If so, they will have to defend not simply Trump’s criminal innocence but also his fitness to serve after committing all of the above. They’ll have to explain why none of that rises to the level of “high Crimes and Misdemeanor,” and why the country should allow him to continue as the chief executive charged with enforcement of the nation’s laws and the Constitution. Even in the best-case scenario for Trump, the facts we know about already are damning; in a world without a political party reduced to know-nothing cultists, they would be disqualifying for office.

Of course, as any political observer can tell you, Trump's strong support within his own party makes it extraordinarily difficult for the party to turn against him. Anyone who goes hard against Trump risks a devastating primary challenge, and the Republican Party leadership as a whole likely believes — correctly — that a mass turn against the president would lead to widespread disaffection among their voters.

But that's still not a good reason to leave a manifestly unfit man in power after he clearly betrayed the nation's security interests. And even if the GOP's best short-term strategy is placating its base, the long-term consequences of their negligence are unpredictable and potentially dire — and history could judge them harshly for their failures.

"As for potential GOP primary challengers, now is the time, not to wait for polls but to make the case that, even if not indictable or impeachable, Trump in no shape or form should be entrusted with another four years in office," wrote Rubin. "You’d think a few Republicans would feel a moral obligation to say as much.