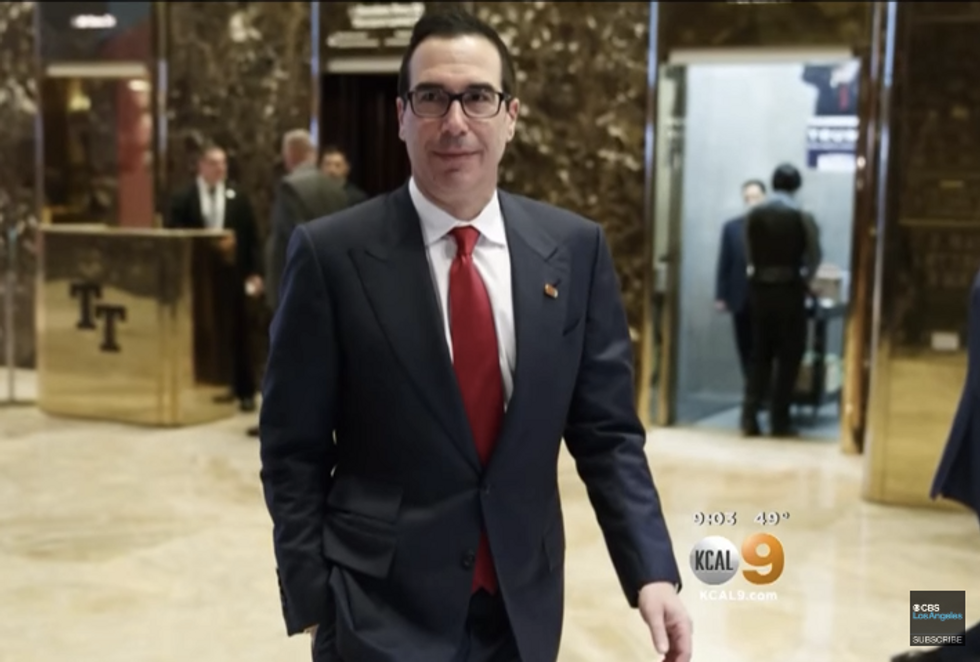 The United States debt ceiling will be hit Friday at midnight at a record of roughly $22 trillion. That's not when the government actually runs out of borrowing ability, so the deadline won't threaten the economy. There's enough breathing room for the Treasury to operate into September. But the event will give the deficit hawks another opportunity to squawk about the deficit and about how we have to stop coddling the poors and the olds with all that Social Security and health care and food help.

It does mean, though, that Congress has to start thinking about it. One would hope that the members have been doing so, trying to figure out a way to defuse that time bomb before we reach the end of the fiscal year and have to also face the potential of yet another government shutdown. We've got senior government officials bitching to Beltway media types about how the Trump administration has to "go to the edge on everything," and Senate Majority Leader Mitch McConnell is perfectly willing to go along with that for whatever leverage he thinks it gets him.

Senate Democrats have introduced legislation to try to beat McConnell at his own game on this, using a proposal he came up with in 2011. Because he's McConnell, and because the proposal is coming from Democrats, he's unlikely to allow it to come to the floor, but it does give Democrats more opportunity for narrative-setting around the debt ceiling.

Congressional leaders are also putting the issue on the agenda with the White House. Democratic Rep. Richard Neal, the chair of the House Ways and Means Committee, wrote to Treasury Secretary Steven Mnuchin at the end of January, warning that "If the President chooses to engage in brinksmanship on the debt limit, as he did on the shutdown, the market reaction and the cost to our economy would likely be far larger than the 0.02 reduction in GDP that CBO attributed to the shutdown."

The economic argument is probably the best one to make with this administration and with Trump. Even though he doesn't really understand how any of this stuff works, he can understand that a crashing market doesn't make him look good.