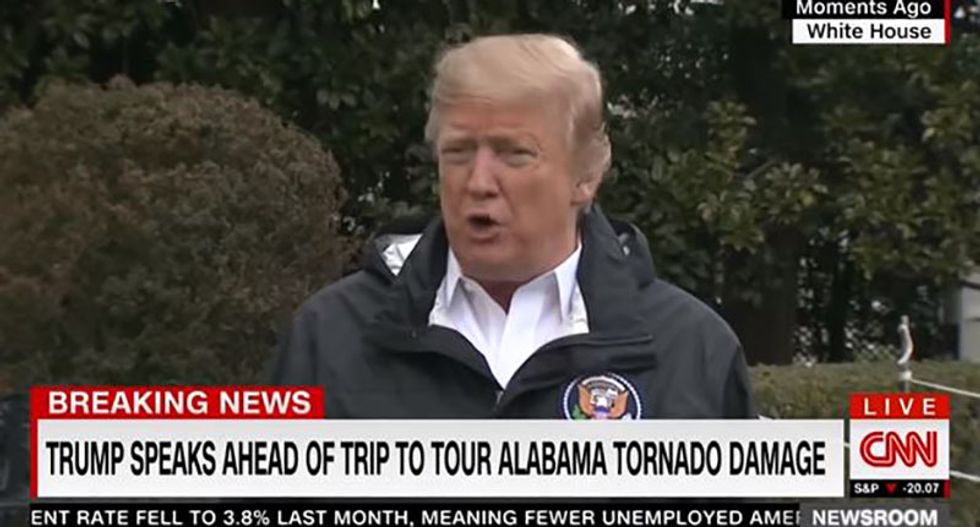 President Donald Trump decided to weigh in on the sad news that a Boeing airplane crashed just minutes after takeoff, killing all 157 people aboard. Rather than lament the loss of life, he decided to attack the manufacturer and airplanes in general, wishing for the good old days – perhaps of prop planes?

Trump is not a licensed pilot, and there's no indication his tweet came from any particular vat of knowledge, aside, of course, from his having owned an airline that never made a profit – despite his disparaging, without facts, other airlines.

Trump, for those who don't remember, for a short three year period owned the Trump Shuttle, which Trump was forced to give up control over.

"Airplanes are becoming far too complex to fly," Trump tweeted. "Pilots are no longer needed, but rather computer scientists from MIT. I see it all the time in many products. Always seeking to go one unnecessary step further, when often old and simpler is far better. Split second decisions are needed, and the complexity creates danger," he added. "All of this for great cost yet very little gain. I don’t know about you, but I don’t want Albert Einstein to be my pilot. I want great flying professionals that are allowed to easily and quickly take control of a plane!"

Given his lack of knowledge, Trump was roundly and immediately mocked and criticized. Take a look:

The President of the United States is casting doubt on the safety of all air travel because planes use computers now https://t.co/rE9N8DlwkG
— Judd Legum (@Judd Legum) 1552399536.0

When I see tweets like this, where Trump takes some completely unfounded certainty on something he knows jacksh*t a… https://t.co/ouI6oNe1FQ
— Jesse Lee (@Jesse Lee) 1552399688.0