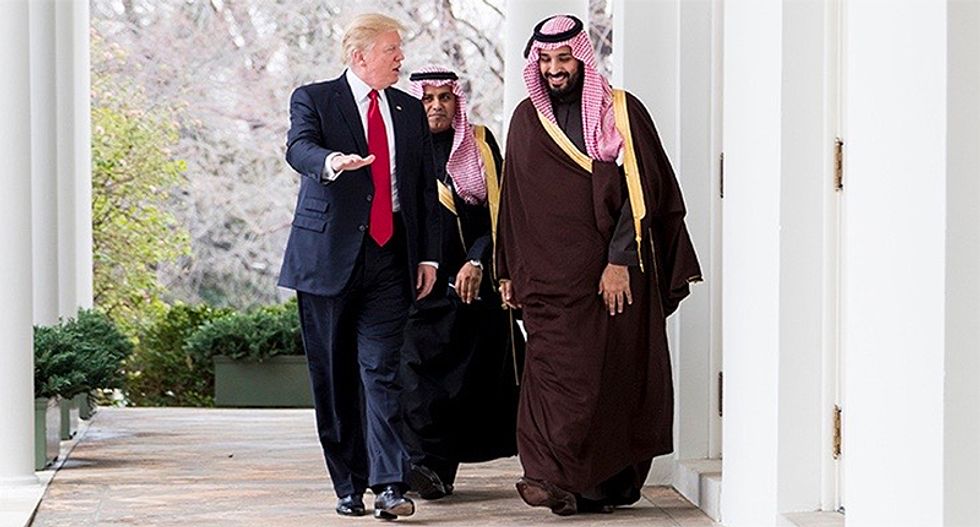 In a new column published by The Daily Beast, De Becker laid out what he learned in his investigation into how the Nationale Enquirer published salacious details of Bezos' private life.

"Our investigators and several experts concluded with high confidence that the Saudis had access to Bezos’ phone, and gained private information," De Becker wrote. "We did not reach our conclusions lightly."

"Experts with whom we consulted confirmed New York Times reports on the Saudi capability to 'collect vast amounts of previously inaccessible data from smartphones in the air without leaving a trace — including phone calls, texts, emails' – and confirmed that hacking was a key part of the Saudi’s “extensive surveillance efforts that ultimately led to the killing of [Washington Post] journalist Jamal Khashoggi," he continued.

"Some Americans will be surprised to learn that the Saudi government has been very intent on harming Jeff Bezos since last October, when The Post began its relentless coverage of Khashoggi’s murder," he said.

He added, "it’s clear that MBS considers the Washington Post to be a major enemy."