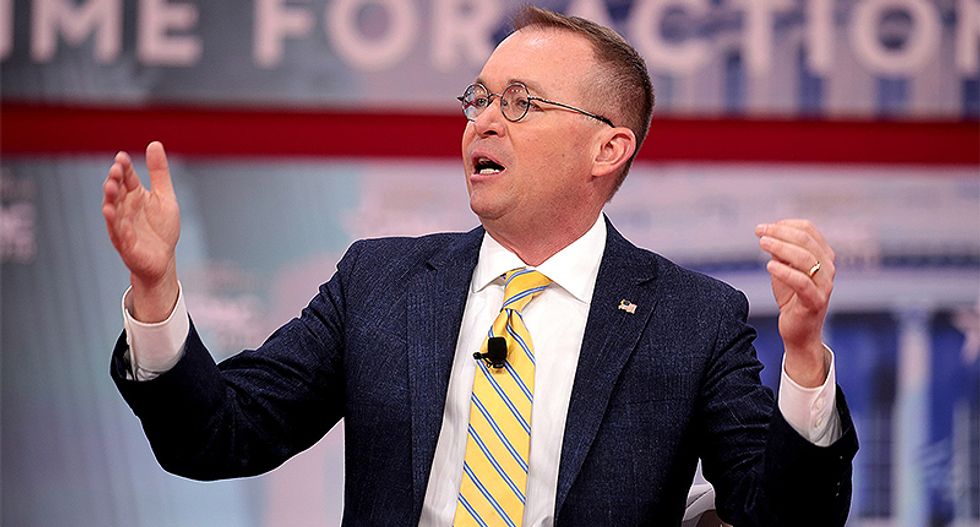 For the longest time, one of the big talking points from Republicans was that government anti-poverty programs failed at their primary goal, merely trapping people in dependence on the government. "The federal government declared a war on poverty, and poverty won," said President Ronald Reagan in an address to Congress. Former House Speaker Paul Ryan (R-WI) took it as fact, telling a constituent in 2017, "Our poverty rates are about the same as when we started this war on poverty."

It's a compelling talking point — it's just completely wrong. In the 1960s, when President Lyndon Johnson enacted the broad package of programs referred to as the "war on poverty," including Medicare, Medicaid, and federal housing programs, the poverty rate stood at 19 percent. In 2017, when Ryan had that exchange, the poverty rate stood at 13.5 percent, and it has never gone above 15.2 percent at any time since Johnson's reforms. That might even be understating things a little, because the supplemental poverty rate — a more accurate calculation of poverty that accounts for transfer payments and the cost of living — has fallen from 26 percent to 14.3 percent during the 60s, meaning we've cut the poverty rate almost in half.

Now, however, Republicans in the Trump White House seem to be taking the exact opposite argument as Reagan and Ryan. In their reasoning, we should cut government assistance programs because poverty has already been solved!

"President Johnson’s War on Poverty, based on 1963 standards of material hardship, is largely over and has been a success," said this year's report from the White House Council of Economic Advisers. "However, victory was not achieved by making people self-sufficient, as President Johnson envisioned, but rather through increased government transfers." The answer, says the report, is to scale back social programs by adding increasingly restrictive work requirements to weed out people who aren't sufficiently deserving of federal and state aid.

First of all, the claim that poverty has been eliminated is itself incredibly dubious. The Council of Economic Advisers uses something called the Full-Income Poverty Measure, which measures consumption as well as income, to show that the "real" poverty rate has actually declined from 19.5 percent in 1963 to 2.3 percent in 2017. The problem with this measure is that an ever-increasing number of households finance consumption through debt, and most people who go into debt would not consider themselves out of poverty no matter how much they are consuming. Indeed, by the White House's measure, poverty was lower during the financial crisis and recession of 2008 than they did during the 1990s tech boom, because people consumed more!

A recent economic study at the University of Michigan found that the "consumption poverty" rate does not correlate as well with the percent of households struggling to afford food, housing, or medical care, as the traditional poverty rate does.

Second of all, the Trump administration's conclusion doesn't even make sense on its own terms. If anti-poverty programs have all but eliminated poverty, why would scaling back these programs benefit anyone? It is similar to the logic that parents shouldn't have to vaccinate their kids because we have eliminated childhood epidemics.

Moreover, study after study has shown that the sort of "work requirements" Trump's advisers are pushing do not work — some programs have seen their enrollment decline slightly after adding work requirements, but the rules don't make people more self-sufficient and barely affect employment or household income. Part of the reason is that many people on welfare already work, they just aren't paid enough to feed their families.