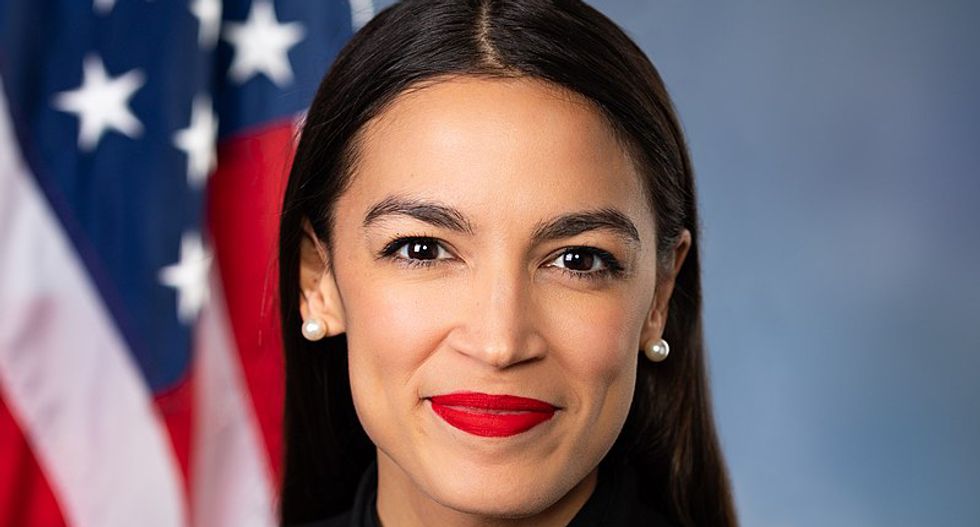 If a smartphone video of Rep. Alexandria Ocasio-Cortez jaywalking in Midtown Manhattan were to surface, someone on the far right would inevitably be tweeting about how “scandalous” it was. Hysterical, incredibly silly attacks on the 29-year-old Democratic congresswoman have become a regular occurrence among Republicans, and the New Yorker’s David Remnick explores the ridiculous nature of the attacks in a new interview with her.

Remnick notes that Republicans have been resorting to “phony memes” about everything from “her clothes, her makeup, her intellect, her boyfriend, her apartment building” to “her dance routine from her days at Boston University.”

And Ocasio-Cortez asserts that the “ravenous hysteria” she is experiencing from the far right is “really getting to a level that is kind of out of control.”

The article’s headline, “Alexandria Ocasio-Cortez Is Coming for Your Hamburgers!,” is clearly mocking the over-the-top criticism of her coming from Republicans—which Ocasio-Cortez finds both frustrating and amusing. Discussing Republicans’ reactions to her Green New Deal proposals on climate change, Ocasio-Cortez tells Remnick, “Apparently, I am a cow dictator. What’s humorous to me is that we’re finally proposing a clear, ambitious, but necessary and grounded policy on the scale of the problem. And so, it’s hard for the Republicans to refute the actual policy on its substance. They resort to mythologizing it on a ludicrous level. Ted Cruz says we want to ‘kill all the cows.’ How far have we slid in our discourse? But that’s what half our political representation is up to.”

Remnick asserts that the GOP’s demonization of Ocasio-Cortez is meant to discredit Democrats in general as President Donald Trump fights to win a second term in 2020. Trump, Remnick writes, “made clear in his State of the Union Address” that he “will try to hang ‘socialism’ around the neck of the Democratic Party” and “describe the Democratic candidate as the second coming of (North Korean dictator) Kim Jong Un…. That will surely be the move, and Ocasio-Cortez, who is six years short of eligibility for the presidency, will surely be a focal point of Trump’s tantrums.”

Remnick concludes the piece by noting that Ocasio-Cortez cannot be the only one to address issues like climate change, universal health care and raising the United States’ national minimum wage.