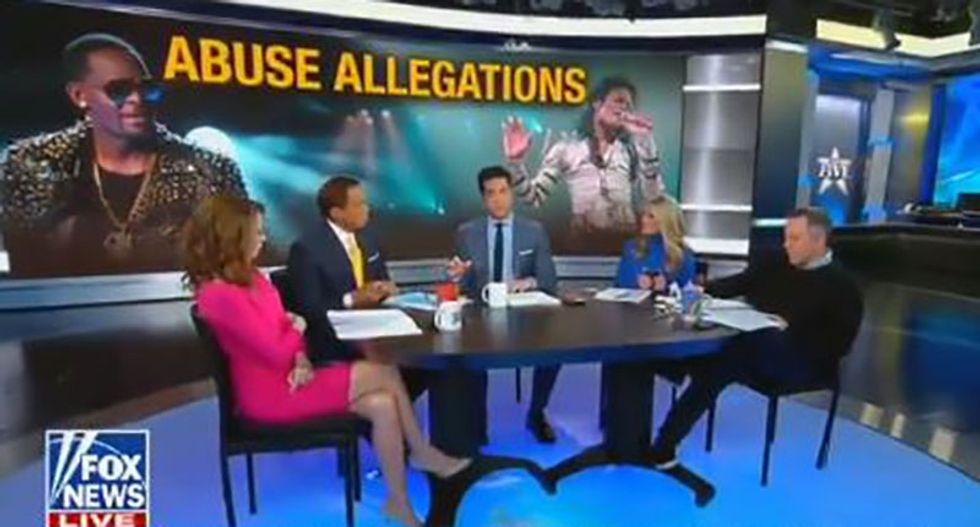 Fox News host Jesse Watters once again is being labeled a racist, this time after he appeared to confuse CBS's Gayle King with ABC's Robin Roberts.

"Hats off to Gayle King for totally redeeming herself after the Smollett fiasco," Watters said on Fox News' "The Five."

Robin Roberts, not Gayle King, conducted the interview with Jussie Smollett, as Fox's Dana Perino – and many, many, many people on social media, were quick to point out.

Amid his laughter, he said he was apologizing.

Of course, it's not Watters' first time being accused of racism.

Just before the 2016 election Watters did a man-on-the-street segment in New York City's Chinatown and for nearly five minutes engaged in racist, anti-Asian, and downright offensive behavior. Vox's Libby Nelson put it this way: "Fox News fit an impressive number of offensive Asian stereotypes into 5 minutes."

Here are some responses to Watters' latest racism, via social media:

Jesse Watters is too stupid to be left alone with shoelaces. https://t.co/ockfCbdMVs
— Chris Jackson (@Chris Jackson) 1551911728.0