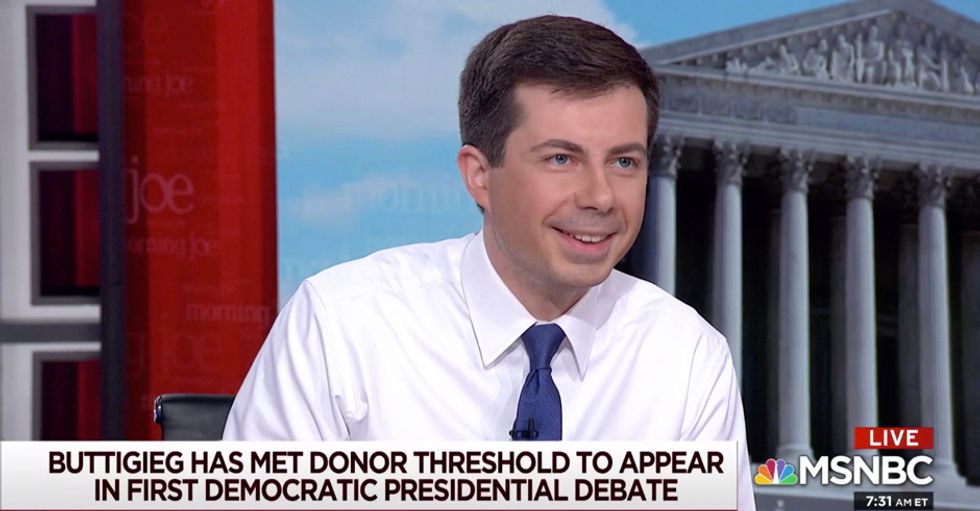 "Mayor Pete" Buttigieg appeared on MSNBC's "Morning Joe" Wednesday, and by the end of the interview co-host Mika Brzezinski told viewers on-air her phone was blowing up with positive messages from people impressed with the Democratic presidential candidate from Indiana. (You can watch the interview below).

Compared to most of the announced Democratic presidential candidates Pete Buttigieg may suffer from lack of name recognition but that is changing, and rapidly.

First, his published statement was an outpouring of love to the Muslim community in the city he was elected to serve as Mayor.

And second, he was the first and only presidential candidate to link the terror attack to white nationalism, and condemn it.

But back to Buttigieg's "Morning Joe" interview.

That last tweet brings us to Mayor Pete's husband, Chasten Buttigieg, who's clearly having a great time this morning.

And here's his humorous response to a Politico reporter's tweet: