Organic farms are under attack from agribusiness 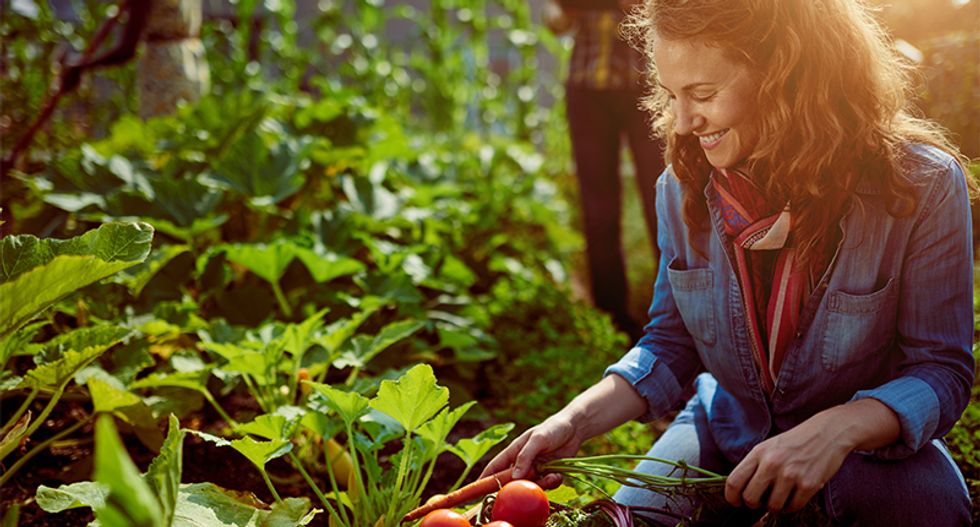 The certified organic label has helped save many generational farms and enabled people like me, who do not come from agricultural backgrounds, to become successful farmers. Organic farming has brought environmental benefits—healthier soils, freedom from toxic pesticides and herbicides—to 6.5 million acres in the U.S.

Organic shoppers are willing to pay a little extra for food that is free from chemical residues. But the organic label is in trouble after reports of fraudulently labeled food made national news. On top of that, agribusiness pressures and National Organic Program (NOP) actions have weakened standards. Yet at a time when farms are in distress, family-scale farmers need a label with integrity. They need a label that provides public support from people who understand that small-scale farmers are an endangered species.

In the 1980s, I was one of the organic farmers who helped launch organic certification. Farming and non-farming members of the Northeast Organic Farming Association worked together to write standards for a label that identified the real organic food that non-farmers wanted to buy—for which they were willing to pay enough to keep the small farms in business.

In retrospect, it has become clear that we were very naïve. It did not occur to us to consider the many ways our clear, simple statements could be twisted by people who were willing to cut corners to increase their bottom line and steal markets by underselling the farmers who observed the standards faithfully.

To pass the Organic Foods Production Act (OFPA) in 1990—which established the NOP for organic food production on farms and in processing plants with a National Organic Standards Board of stakeholders to advise USDA, as well as a process for certification and accreditation—organic farming organizations and consumer and environmental groups allied with the Organic Trade Association, which was dominated by organic processors. At that time, there were few processed organic foods on the market, but since the NOP was implemented in 2002, sales of those foods have grown impressively. Cracks in our united front began to appear, as large conventional food corporations bought up independent organic brands and savvy players figured out how to scam the system.

The NOP standards require outdoor access for livestock, grass for ruminants and dirt for scratching for poultry. Shortly after the creation of the NOP, a chicken farm, where the chickens never walk outside but only access the outdoors by spending time on a porch, applied for certification. Today, most eggs with the organic label come from similar farms.

A bigshot with Organic Trade Association launched the first of the mega-dairies. The milk from these multi-thousand cow dairies is crowding family-scale dairies out of the market, causing heartbreaking farm closures by taking advantage of an obscure loophole that allows them to increase herd size quickly by using conventional (non-organic) heifers. These farms also cut corners on feed. Organic regulations require that 30 percent of feed by dry weight comes from pasture. Aerial photos of mega-dairies suggest that they do not have adequate pasture.

Despite clear language in OFPA requiring that organic farming be based on the maintenance and improvement of soil fertility, the NOP allows the certification of hydroponic produce. Hydroponic operations grow fruits and vegetables indoors, in greenhouses or hoop houses, or even large warehouses where all the light is artificial and the roots of the plant sit in a neutral medium with nutrients provided through the irrigation system. The acreage of hydroponic tomatoes and berries increases steadily, underselling produce from smaller farms and hoodwinking shoppers who have no way of knowing what they are buying.

Organic farmers and independent organic processors are deeply upset by these developments and are taking actions that the public can support.

Because family farms are so economically vulnerable, farmers who feel betrayed by the NOP do not want to undermine consumer confidence in the organic label on which so many farms depend.

Instead, there are three efforts underway to create add-ons to that label. The Real Organic Project will signal that products were grown in soil or raised on pasture. Regenerative Organic Certification will assure that products come from farms that build soil carbon to fight climate change, treat livestock humanely and use fair labor practices. The Agricultural Justice Project’s Food Justice Certified label is already on a few products signaling that the farms pay living wages with decent working conditions.

For the health of our planet and agrarian justice—meaning fairness to family-scale farms to ensure their survival—consumers need to become co-producers, learning about why it is such a struggle for smaller farms to thrive, and acting in solidarity by paying fair prices, buying direct or seeking out meaningful labels.