My friend wanted to call ICE when his boss laid him off and hired immigrants. Here's what I told him to do instead. 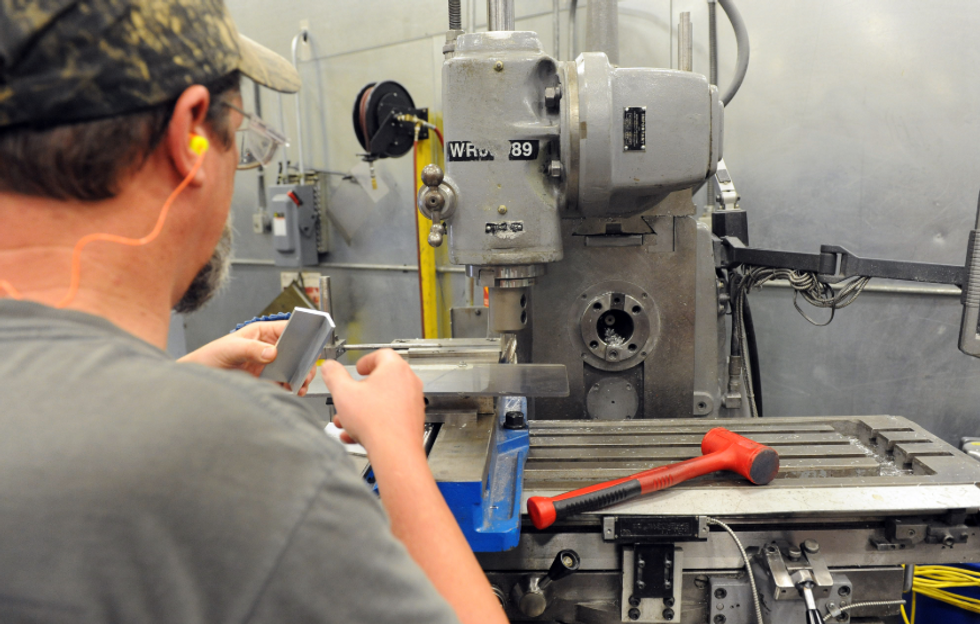 A friend of mine worked in a tool and die shop in Michigan. That is, until recently, when he was laid off, just days after his employer hired immigrant workers with no visas.

He is enraged. He is white, and to him, this was the exact thing Fox News warns about. He keeps repeating, “These immigrants took my job!” He was preparing to call ICE when last we spoke. In his mind, a phone call to ICE would get the immigrant workers deported and the employer punished with a fine.

What is perhaps worse in this scenario is that his employer is in consistent violation of OSHA standards, and the work environment is unsafe. He’s been hospitalized twice due to industrial accidents at the facility.

And yet, it’s ICE whom he wants to call—not OSHA.

This is a tragic situation all around. Workers feel taken advantage of and disposable, and they are so desperate to keep their jobs they go so far as to overlook industrial violations for fear of losing them. Then they are replaced by immigrants, and that is where they place their anger, guided by a media that spends more time on immigration than on the work environments and the foreign policy that drives immigrants to the United States to be hired in the first place.

I admit I lobbied my friend, hard, to call a lawyer and then call OSHA. The immigrants who were hired are just like him—hardworking men who want to provide for their families. That is not a sin.

Our immigration system is broken, and deportations, ICE, and a wall will not fix it. Smart domestic immigration policy and a strong reform of foreign policy will.

But that’s not what this essay is about. It’s hard in these moments to help someone who has just lost their job to understand the nuance of law, the reality of ICE, and the humanity of their fellow man—especially when they live in an all-white suburb and see someone ethnic as not being their equal when the work they are doing is for less money and—most likely—in worse conditions.

I think, therefore, it’s important for folks like this man to learn to see immigrants as they see themselves: hardworking, family-loving people. A big part of that is having the courage to look, listen, and speak with their immigrant brothers and sisters.

Lest you think the problem of ICE-calling, white-man-losing-his-job is a narrative throughout Michigan or Middle America, let me assure you, it’s not.

Just 20 miles from this man’s home is the city of Dearborn, which has one of the largest populations of Arab-Americans in the country.

Dearborn borders southwest Detroit—arguably the most densely populated Detroit neighborhood, teeming with immigrants from Latin America and the Middle East.

It’s in this area that one can find the reality of immigrants living the American dream. Small businesses proliferate here. The food is phenomenal—Middle Eastern and Mexican restaurants everywhere, and even halal Mexican, or Arab-Mexican fusion. During Ramadan, delicious restaurants, cafés and even hot dog stands and taco trucks stay open all night.

Locally owned butcher shops, clothing stores, and furniture shops are common, and the area, despite the blight that surrounds it, is vibrant with color, languages and music.

It’s here, where late on a Friday night, when many folks are out drinking or at the club, entire families of immigrants are in cafés, eating pastries, drinking coffee or tea, chatting with neighbors and their children. This is one of my favorite places in Michigan, because it is so rare in traditional white America. When was the last time you were in a café at midnight with your white neighbors and their kids, drinking coffee and pastries and talking about your life? This communal sharing, this community, this is life. It’s about living a good life, with your family, neighbors, and community. It’s about support and friendship and family.

In America, we have the freedom to do this. To pursue our happiness as we see fit. There are systems that make it challenging and difficult. But the freedom attracts people who want what we want—to be healthy with their families and secure in their communities. When it manifests, it is the American dream—not of two cars and a house, but of community and safety and family. It might not be what we’re used to seeing, on TV or in the movies, but this, to me, is America: People coming together, sharing food, and connecting with their neighbors, from all walks of life.

I know my friend has not spent much time in this corner of Michigan, not far from his own home. I also know that if he went in for a cup of coffee here in Dearborn, or in southwest Detroit, he’d be surprised by how rich and delicious the coffee is, and that the people would smile and say hello and welcome him. Just like they do to anyone who comes in with a friendly vibe and a smile.

And just like we should do, to all of our neighbors. A smile transcends language and culture.

And it beats the heck out of calling ICE.

Does losing your job suck? Absolutely. But punishing your peers—your fellow hardworking humans—is not the answer.

Until we can get comprehensive immigration and foreign policy reform (after all, no one comes here when life is good in their home country), understanding, and community relationships are what we all must strive to cultivate.

And really, when it all boils down, that’s what makes America. Not money. Not your job. It’s you and your community and your place in it.