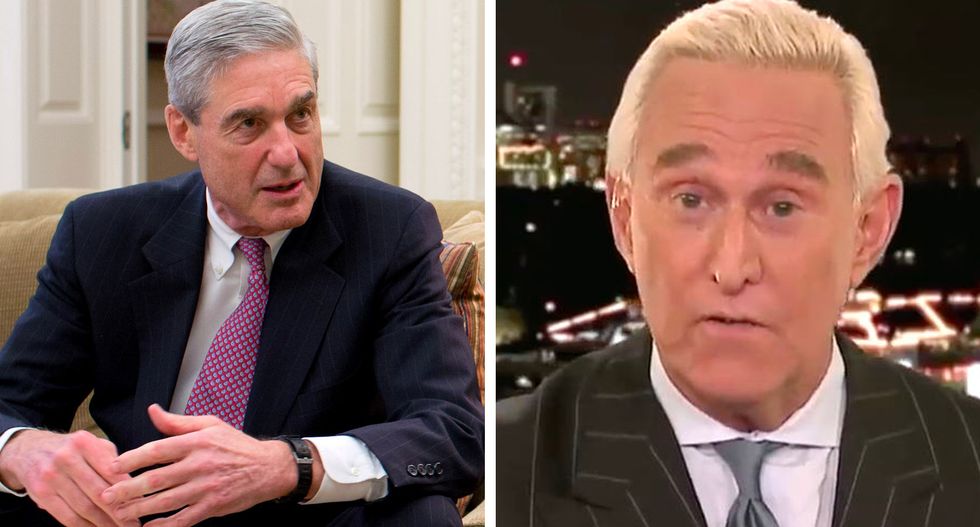 The trial to prove Trump confidant Roger Stone lied to Congress and witness tampered may not be quite as long or as complicated as proving ex-Trump campaign chair Paul Manafort's bank and tax fraud case, but it will be much more central to the question of whether Trump and his associates conspired with Russians in 2016.

In a Friday court filing, special counsel Robert Mueller's team told a federal judge it anticipated that Stone's trial would last about five to eight days, but that doesn't include additional witnesses the defense may decide to call, if any. Stone stands accused of lying to Congress about his contacts during the campaign with WikiLeaks, which released a trove of damaging emails stolen from the Hillary Clinton campaign. Stone also allegedly threatened one of the witnesses in the probe, radio host Randy Credico, who reportedly had contact with WikiLeaks chief Julian Assange during the 2016 election.

During congressional testimony Wednesday, Trump’s former lawyer Michael Cohen said he witnessed a July 2016 phone call in which Stone told Trump that Assange would soon be releasing a “massive dump” of emails. “Wouldn’t that be great,” Trump responded, according to Cohen. Following Cohen’s testimony, Stone issued a statement saying Cohen’s testimony was “not true.”

Stone is currently under an expansive gag order after he decided it would be fun to post an Instagram picture of the federal judge in his case, Amy Berman Jackson, next to a supposed "Celtic" symbol, otherwise known as gun crosshairs to the rest of the human race.

"How hard was it to come up with a photo that didn't have a crosshairs in the corner?" Jackson quipped at one point during the hearing where she extended Stone's gag order.

Jackson has said she will announce Stone's trial date at a status conference on May 14.