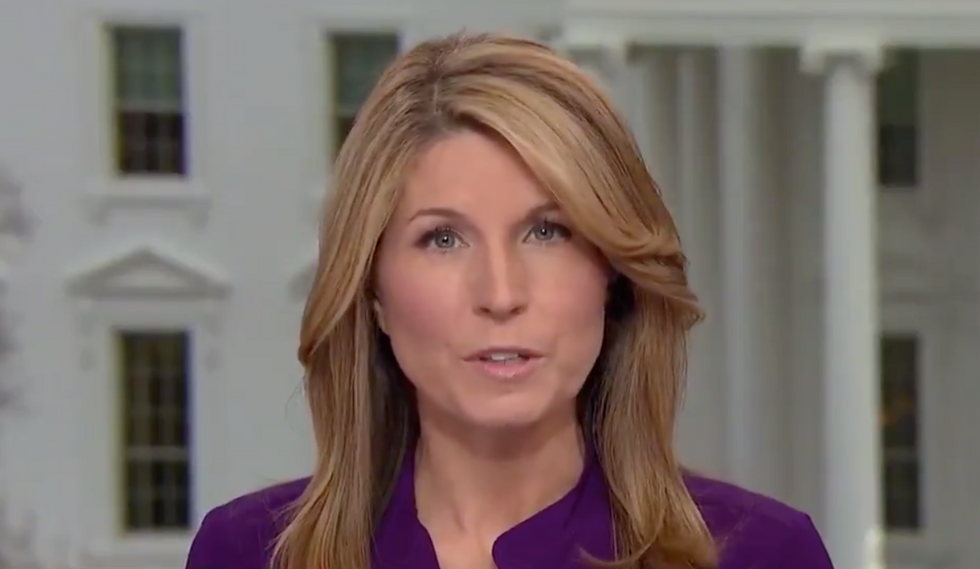 President Donald Trump has been on a rage-fueled tear in recent days, but MSNBC host Nicolle Wallace cautioned Wednesday that his latest antics may largely be an attempt to distract the country from more important matters.

"Donald Trump's five-day insanity spree may well be the shiny object he'd like us to chase instead of the looming release of Robert Mueller's nearly two-year investigation into Donald Trump's campaign and Russian interference in the 2016 election," she said. "All signs suggest Mueller is nearly done, and that his report could go to the attorney general at any time."

She noted that Trump has continued to attack Mueller, even while going after the late Sen. John McCain (R-AZ) and George Conway, the husband to his top adviser Kellyanne Conway.

"He's spinning as fast as he can," she said. "Trump also greenlighting the Mueller report's release with a Trumpian spin he may live to regret."

"I don't mind," Trump said about the report's release. "Let it come out. Let people see it. That's up to the attorney general."

He added: "But it's sort of interesting that a man, out of the blue, just writes a report."

At that, Wallace was incredulous. "Just out of the blue! Ha!"