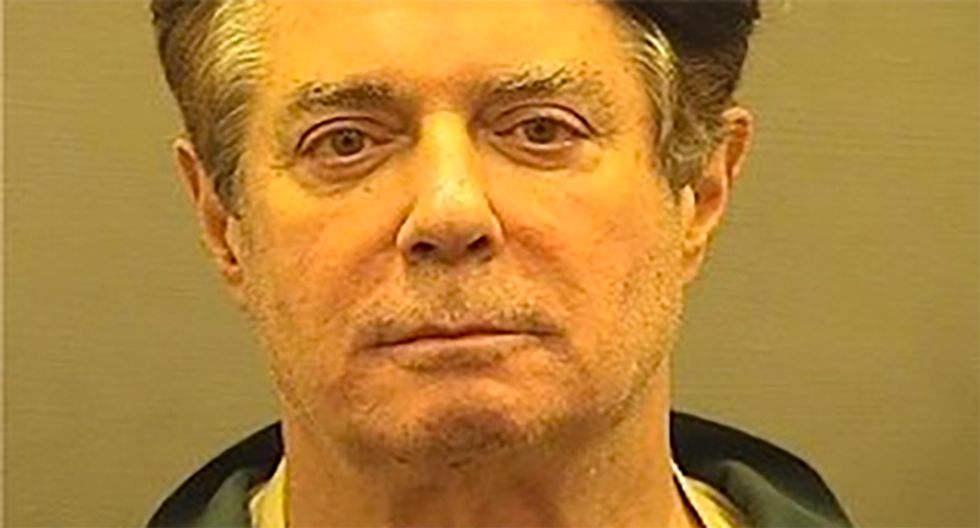 Former Trump campaign Chairman Paul Manafort has been sentenced to just over six years for two felony counts of conspiracy related to money laundering and obstruction of justice. Last week, in what experts say was a surprising and generous diversion from norms, Manafort was sentenced to just 47 months when guidelines specified about two decades.

Buzzfeed's Zoe Tillman breaks it down:

It's effectively an additional 43 months on top of the 47 months he received last week, for a total of about seven and a half years.

"He'll get out of prison when he's roughly 75 or 76 years old," depending on if he gets out early, Williams added. Manafort will turn 70 on April 1.

"The Office of Special Counsel proved beyond a preponderance of evidence that Mr. Manafort intentionally gave false testimony with respect to that matter which was one of several matters in regards to false statement with regard to Mr. Klimnik," U.S. District Judge Amy Berman Jackson said early during today's hearing.

Judge Jackson blasted Manafort's "contempt" for the law and "his belief he had the right to manipulate these proceedings." She also said Manafort's "career was spent gaming the system."

"If the people don't have the facts, democracy doesn't work," she also told Manafort and his attorneys.

"It's hard to understand why an attorney would write that," she said. "No collusion" is "simply a non-sequitur," she added, as CNN reports.

Manafort, in a wheelchair and wearing a suit, chose to address the court.

"I am sorry for what I have done," he said, in contrast to showing no remorse last week. He also claimed he is a different person now.

"As I've sat in solitary confinement, I've reflected on my life and can see I've behaved in ways that did not always comport with my personal values," Manafort said, as The Atlantic's Natasha Bertrand reports, adding, "my behavior in the future will be very different."

"At each junction," Weissmnan added, "Mr. Manafort chose to take a different path. He has not learned a harsh lesson. He served to undermine, not promote, American ideals of honesty, transparency and playing by the rules."