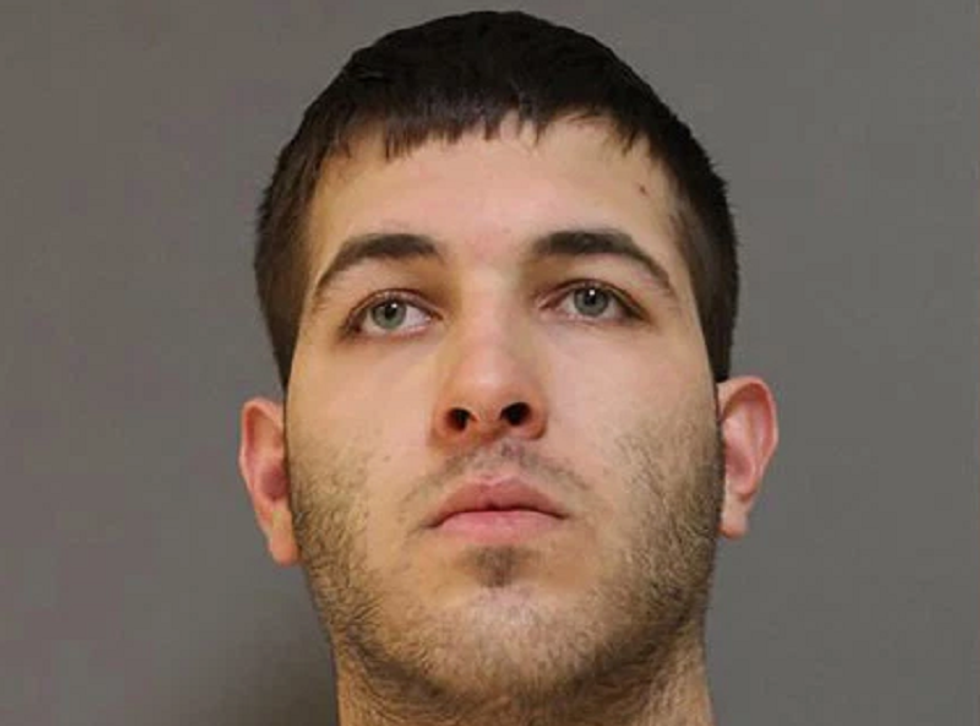 On Monday, Anthony Comello, the man accused of fatally shooting Gambino crime family boss Francesco Cali in Staten Island, appeared in court for an extradition hearing in Toms River, NJ. And while his motivations for the killing are unclear, the whole saga became even stranger after he showed his hands.

According to images, the 24-year-old Comello had scrawled a number of right-wing iconography on his hand, including "MAGA forever," a reference to President Donald Trump's slogan, and the letter Q, an apparent reference to the QAnon conspiracy theory:

According to NJ.com, Comello's lead counsel Robert Gottlieb says he did not see anything written on his client's hand.

The QAnon conspiracy theory, named after an anonymous message board poster styling himself "Q" after the Energy Department clearance level and purporting to be an inside government source, holds that Trump is working together with special counsel Robert Mueller to uncover a world-spanning murder and sex trafficking ring run by high-ranking Democrats and opponents of the president, and that martial law is imminent to round up and arrest all of the co-conspirators. And that's just the beginning of the narrative — believers in the conspiracy have claimed that Kim Jong Un was planted by the CIA, that Democrats ordered MS-13 to murder party staffer Seth Rich, and that the California wildfires were triggered by government lasers.

Despite the patently ridiculous and self-contradictory tangled logic of the conspiracy theory, it has found its way into the national spotlight. ABC sitcom star Roseanne Barr, who was fired after racist outbursts on Twitter, promoted it. And a S.W.A.T. officer from Broward County, Florida sported a QAnon patch on his uniform while posing with Vice President Mike Pence — after which he was demoted to another department.