Madeleine Albright on criticizing Israel without being anti-Semitic 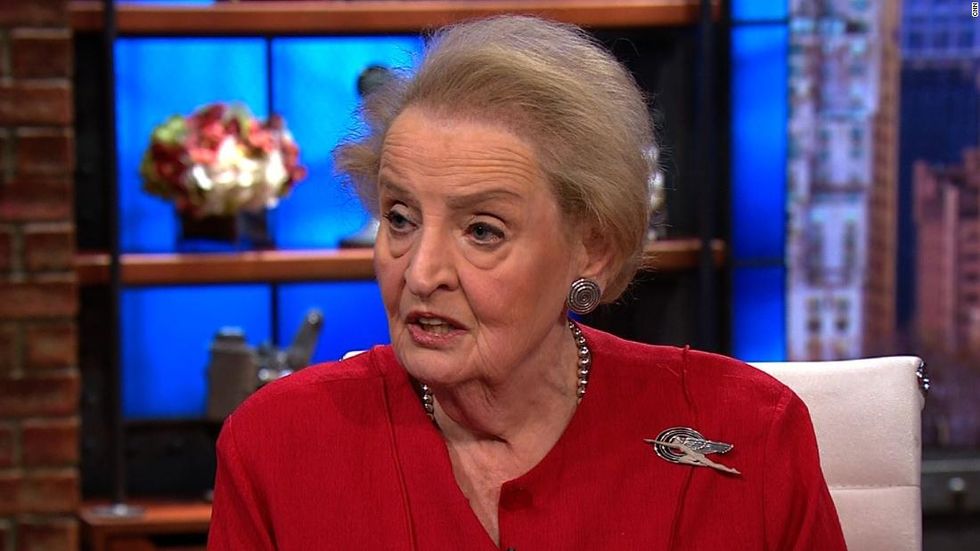 The latest wave of anti-Semitism controversies within the Democratic Party, beginning in January when Rep. Rashida Tlaib, D-Mich., made comments critical of Israel that many Jews felt were anti-Semitic, and continuing more recently with similar remarks by the only other Muslim woman in Congress, Rep. Ilhan Omar of Minnesota, put me in mind of my recent conversation with former Secretary of State Madeleine Albright.

It's worth noting that many high-profile Jewish Americans have defended the right to criticize Israel without being accused of anti-Semitism, most notably Sen. Bernie Sanders, the first Jewish person to become a serious presidential contender in either major party. Albright's case is undeniably more complicated: She was raised as Christian by Jewish-born parents who converted and concealed their heritage from her. Albright only learned in adulthood that much of her ancestry was Jewish and that a dozen of her relatives had died in the Holocaust.

Albright has been willing to criticize Israel in the past, something U.S. foreign policy officials rarely do. When I spoke with her more than a month ago, I sought to raise the question of how we can separate legitimate criticisms of Israel from anti-Semitic hatred or stereotypes. This exchange from our interview has not previously been published, and seems doubly relevant now.

My last question is about Israel. Speaking as a Jewish person myself -- and I know that you are of Jewish heritage partially -- I wonder how one can criticize Israel in legitimate ways without crossing the threshold into anti-Semitism. When it comes to debates about Israel, that has been a very sensitive subject. As somebody who has helped govern American foreign policy, what advice would you give to people attempting to have fair but thorough discussions about that issue?

Well, I do think that I have been a supporter of Israel from day one and I believe that it is an essential relationship that we have. I think that there are … I wish, having been a part of all this, that President Clinton would have been able to actually accomplish an Israeli-Palestinian peace. We were very close. I do think that it would be better if there were a two-state solution and that there were issues that Israel was dealing with in a way that made it possible for them to operate in the Middle East, in so many ways. But I believe fully in the importance and existence of Israel.

But I think there's a separate issue which has something to do with -- you haven’t really asked me about some of the things that are going in Europe at the moment, and that is the rise of anti-Semitism. I think one has to be incredibly sensitive to the fact that it is obviously unacceptable and why it comes up. And when it is just — the way you put the question, linked to Israel and their behavior — then it just creates larger problems in terms of something that is out there, and that I talk about it in my book, in terms of blaming "the other" and giving voice to those who want to blame somebody. It’s all, I think, unjustified, and something that happens as people search for simplistic arguments.

I agree with you that there is an upsurge in anti-Semitism. I also feel that it’s important, on the other side of it, to make sure that people who have legitimate criticisms about Israel from a human rights perspective aren’t lumped in with the people who traffic in anti-Semitic conspiracy theories.

Well I think that the truth is that in every country, there’s something to criticize. I think that that actually friends do that a lot to each other. I do wish that there were policies that Israel is involved in that they weren’t. I think that some of the things that are going on in terms of -- and I do think some of them come from the internal politics of Israel, but I think one has to be very careful with some people who want to take the next jump on it.