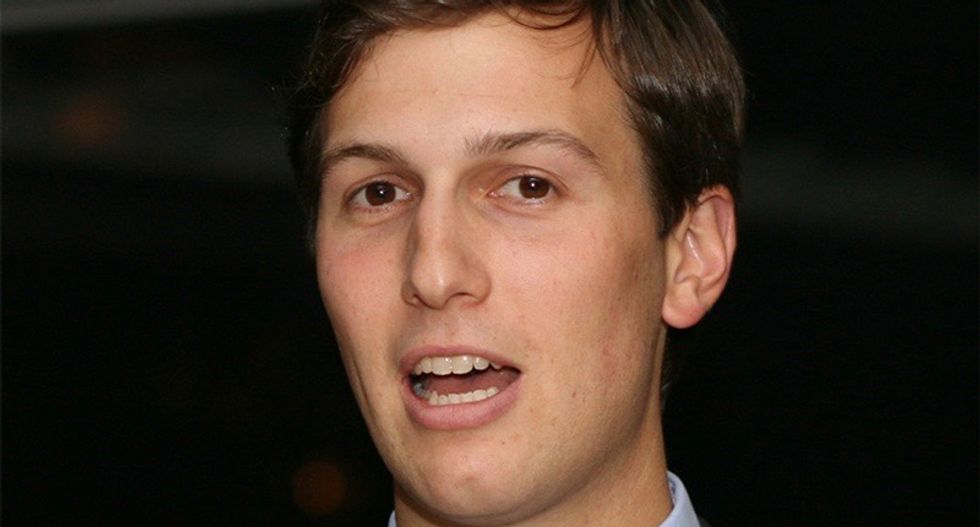 Less than a week after Special Counsel Robert Mueller delivered the final report for his Russia investigation to Attorney General William Barr, Senior White House Advisor Jared Kushner was interviewed by members of the Senate Intelligence Committee during a closed-door hearing on Thursday morning.

The hearing, according to BuzzFeed News, began at roughly 9:30 a.m. eastern time. The senators who attended didn’t offer any specifics. A spokesperson for Democratic Sen. Mark Warner (the Senate Intelligence Committee’s vice chairman) declined to comment, and Sen. Richard Burr (the North Carolina Republican who has chaired the Senate Intelligence Committee since 2015) only said, “I can’t tell you anything about the investigation” after leaving the space where the hearing was held.

Reporters approached Kushner after he left the Thursday hearing just before noon, asking the president’s son-in-law if he had any comment on either what was discussed during the hearing or the findings of Mueller’s final report. But Kushner had no comment.

Kushner was previously interviewed by the Senate Intelligence Committee in July 2017, when he was asked to discuss his communications with Russians during the 2016 presidential campaign. And Kushner told the Committee that he “did not collude with Russia” and did not “know of anyone else in the campaign who did so.”

One of the many things that Mueller’s investigation examined was a June 9, 2016 meeting at Trump Tower in New York City. Kushner attended that meeting along with Donald Trump, Jr. (the president’s son), Paul Manafort (President Trump’s former campaign manager) and Russian attorney Natalia Veselnitskaya (who, on January 8, was indicted for obstruction of justice by federal prosecutors for the Southern District of New York in connection with a money laundering case).

Barr has yet to share Mueller’s report with the public, but the attorney general summarized some of its key findings in a letter to Congress. According to Barr’s letter, Mueller found that the evidence didn’t show a 2016 Trump campaign/Russian government conspiracy—and that Mueller “left unresolved” the matter of whether or not President Trump committed obstruction of justice during the Russia investigation.