Kellyanne Conway has been ranting about her husband's attacks on Trump: report 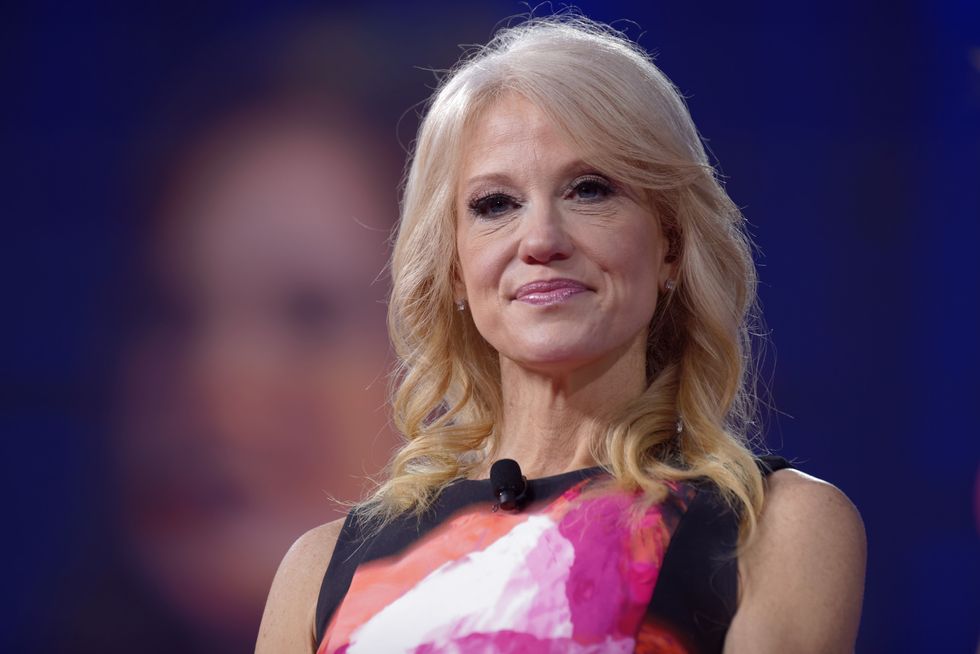 Kellyanne Conway, counselor to President Donald Trump, has been venting her frustration about her husband's Twitter attacks on her boss, according to a new report Tuesday from the Washington Post.

The report describes her going on a "lengthy rant" about George Conway at a British Embassy party in February, citing two anonymous guests at the event. Kellyanne Conway reportedly said that she and Trump believe her husband, who had been particularly critical of the president in recent days and even argued that he has a mental illness, is jealous of her success.

She told the guests that they would not like it if their marriages or personal lives were in the spotlight, these people said.

The Post also said that journalist Sally Quinn, who attended the party, pushed back on the presidential counselor's claim that women in the media shouldn't cover the story.

George Conway's criticism of the president has drawn a lot of attention and raised many questions about his relationship with his wife, who remains one of Trump's most prominent and vigorous defenders on cable news. Both generally try to avoid commenting on their apparent disagreements over the president, who George Conway says is unfit for his office.

But in a profile of the pair published last year in the Post, Kellyanne Conway did try to comment on the state of their relationship to a reporter off the record. However, reporter Ben Terris said that he never agreed to go off the record with her, and he printed the full back-and-forth with her. She told him that her husband's tweeting about the president was "disrespectful, it’s a violation of basic decency, certainly, if not marital vows," and then unsuccessfully tried to persuade Terris to attribute the quote to "a person familiar with their relationship."

Some speculate that the apparent discord between the Conways is manufactured as a way to preserve their status as a power couple, regardless of the future fortunes of the Trump presidency. However, there doesn't appear to be any solid evidence that their apparent feud about the president isn't genuine.