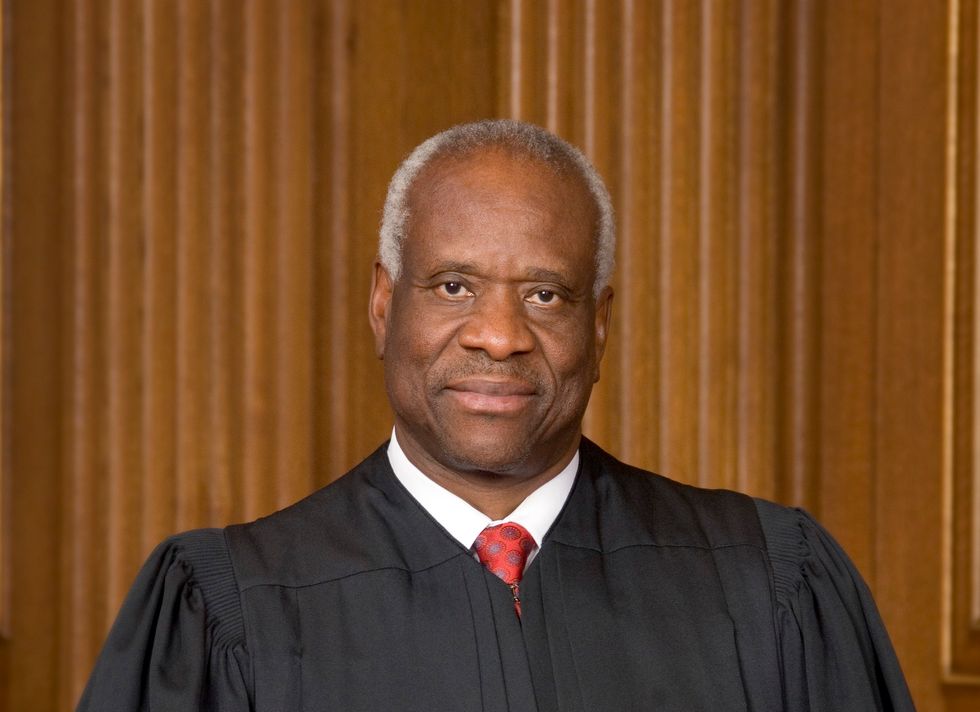 Now 70, Justice Clarence Thomas has become the elder statesman of the far-right “strict constructionist” or “originalist” wing of the U.S. Supreme Court. Thomas, who was nominated by the late President George H.W. Bush in 1991, has made it abundantly clearly that he believes many of the liberal and progressive Warren Court decisions of the 1950s and 1960s were wrongly decided—and journalist Adam Liptak examines the “originalist” nature of Thomas’ views in a March 4 article for the New York Times.

Liptak never actually mentions the late Chief Justice Earl Warren in his piece, but some of the rulings he examines—rulings Thomas is critical of—came from the Warren Court. For example, Liptak notes that Thomas is critical of the High Court’s 1964 ruling in New York Times v. Sullivan (which protects journalists against frivolous libel suits from politicians) as well as 1963’s Gideon v. Wainwright (which said that the 6th Amendment to the U.S. Constitution requires the government to provide defense attorneys for people accused of serious crimes). And not surprisingly, Thomas is highly critical of the post-Warren Court 1973 ruling in Roe v. Wade, which Thomas has described as “notoriously incorrect.”

In the article, Liptak quotes some legal scholars who address Thomas’ “originalist” views, including Josh Blackman, a professor at South Texas College of Law Houston. According to Blackman, “Justice Thomas, more than any other justice, is willing to revisit and reverse old precedents that are inconsistent with the Constitution’s original meaning.”

Liptak also quotes Stephen L. Wasby, an emeritus professor of political science at the University at Albany in Upstate New York. According to Wasby, Thomas “has written more than 250 concurring or dissenting opinions seriously questioning precedents, calling for their reconsideration or suggesting that they be overruled.”

Thomas’ views on Gideon v. Wainwright are a perfect example of his “originalist” thinking. When the Warren Court handed down that decision 56 years ago, it was taking an expansive, broad-minded view of the 6th Amendment. Liberal and progressive legal scholars, citing Gideon, will argue that government is obligated to provide defendants in a criminal case with first-rate public defenders—and that defendants should be represented by sharp legal minds regardless of their financial status. But Thomas, Liptak notes, “wrote that the Sixth Amendment, as understood by those who drafted and ratified it, guaranteed only the right to hire a lawyer.”

Liptak’s article examines Thomas’ views on the doctrine of “stare decisis,” which, in essence, means respect for legal precedent. Thomas, Liptak writes, doesn’t believe in the doctrine at all.

Sen. Susan Collins addressed stare decisis when she voted to confirm Justice Brett Kavanaugh to the Supreme Court. Kavanaugh, Collins has insisted, would not vote to overturn Roe v. Wade because he considers it “settled law” and precedent—and Collins’ critics have argued that she is delusional if she truly believes that.

To Thomas, the fact that Roe v. Wade was handed down 46 years ago is irrelevant because stare decisis is a bogus concept. Liptak quotes the late Justice Antonin Scalia as saying that Thomas “does not believe in stare decisis, period.”

Donald Trump’s presidency has been a game changer on the U.S. Supreme Court. The death of Scalia in 2016 wasn’t really a game changer, as Trump replaced a far-right social conservative with another far-right social conservative: Justice Neil Gorsuch. But by replacing libertarian Justice Anthony Kennedy with Justice Kavanaugh in 2018, Trump made the “originalist” or “strict constructionist” mindset more prominent on the Supreme Court. And as Liptak’s New York Times piece illustrates, the “originalist” view of jurisprudence—and its disdain for 1960s and 1970s precedents—is alive and well in Justice Clarence Thomas.