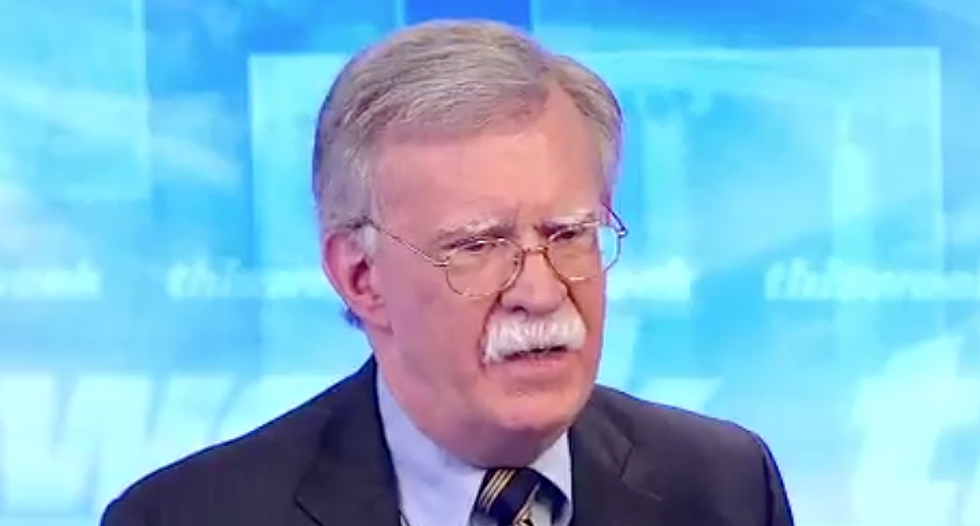 National Security Adviser John Bolton claims ISIS remains a threat, at odds with both President Trump's and Vice President Pence's claims that ISIS has been defeated, even as he tries to claim the president did not claim such.

"The president has been, I think, as clear as clear can be, when he talks about the defeat of the isis territorial caliphate," said Bolton on abc's "This week." "He has never said that the elimination of the territorial caliphate means the end of isis in total. We know that's not the case.”

"One reason that the president has committed to keeping an American presence in Iraq and a small part of an observer force in Syria, is against the possibility that there would be a real resurgence of isis, and we would then have the ability to deal with that if that arose," added Bolton. "So, I think people have to be clear.”

Bolton framed ISIS as an "ideological threat," comparing them to other groups such as Al Qaeda.

"I think as long as the ideology is out there it continues to be a threat. And there are different circumstances in different parts of the world but for those who've said, for example, that the terrorist threat from Iran – those who've said in the years since the 1979 Islamic revolution, 40 years now, the ideology will fade, they'll just become normal nation again like everybody else, that hasn't been true in Iran. They're still in the grip of a radical theology and ISIS and Al Qaeda and other terrorist groups show no sign of that ideology abating."

According to an attendee at a Mar-a-Lago fundraiser last Friday, reported by the Washington Post, President Trump claimed that ISIS territorial caliphate was 100% destroyed.

In December, Trump also tweeted that ISIS had been defeated, leading to his call to withdraw from Syria. The President changed course slightly later that month, said it was merely "mostly gone" in his Twitter account.

Vice President Pence, speaking at the State Department in January, also claimed that, "the caliphate has crumbled, and ISIS has been defeated."

Bolton also spoke to "This Week" about North Korea, saying that President Trump would be "pretty disappointed" if Kim Jong-un went ahead with another ballistic missile test launch.